Shifting an amortization schedule from 30 years to 20 years is the stuff of accountancy firm meeting boredom-nightmare scenarios, right? Everyone around the table desperately trying not to nod off and faceplant in their fourth cup of coffee of the day.

Not so in super-leveraged, overpromised California, where the debt-bulging system is so delicate that such a move threatens the structural integrity of municipal governments. This simple tweak to CalPERS, the California Public Employees' Retirement System, may be the difference between cities financially surviving and being driven into forced bankruptcy. 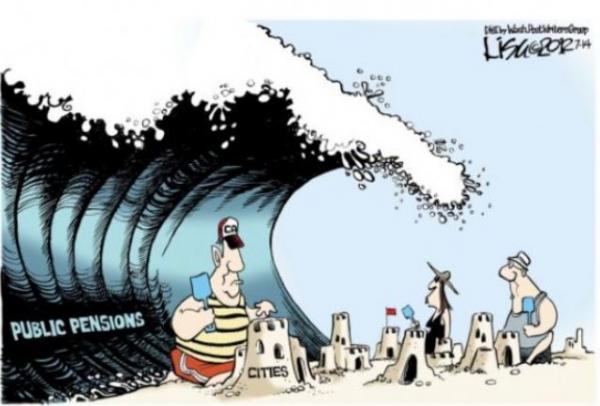 The bottom line is that the change will require the state government and thousands of local government agencies and school districts to ramp up their mandatory contributions to the huge trust fund.

Client agencies – cities, particularly – were already complaining that double-digit annual increases in CalPERS payments are driving some of them towards insolvency and the new policy, which will kick in next year, will raise those payments even more.

“What we are trying to avoid is a situation where we have a city that is already on the brink, and applying a 20-year amortization schedule would put them over the edge,” a representative of the League of California Cities, Dane Hutchings, told the CalPERS board before its vote.