Jeff Gundlach, billion-dollar bond titan, sees current stock market valuations as laughably overheated and macro conditions setting us up for a solid rally in gold at the expense of risk assets.

Inflation, specifically, is everywhere and will impose itself in a major way going forward.

There are two key parts of inflation: core services and core goods. And there's a big disparity between the two in the US. However, the core CPI in the US is trending up. We're also seeing rising inflation in Germany and Japan. 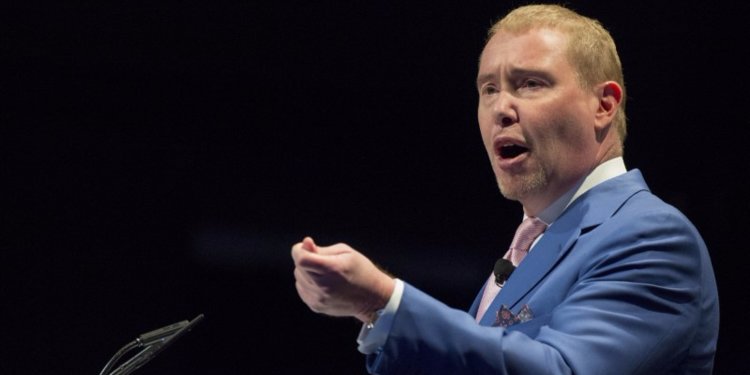 Bottom line: All of Gundlach's indicators point to higher inflation.

The price-to-sales ratio of the S&P 500 is at sky-high levels. Either sales must take off or stock prices must come down.

He showed that dollar bull and bear cycles last about seven years. By this measure, he thinks the dollar is headed lower.

The opposite is seen in gold price charts. Gold has been building a base for years, and is bumping up against a critical level. If it breaks out, it could begin a new gold rally.

ORIGINAL SOURCE: GUNDLACH: We're at a 'moment of truth' that could break either way by Patrick Watson at Business Insider on 3/12/18