Mike Maloney to the Silver Summit Crowd: We Have the Roadmap of What’s Coming

That’s how Mike Maloney began his presentation at the Gold & Silver Summit in San Francisco last week. His 56-minute talk is now available by video (below) with just-released bonus features.

Mike tells the audience upfront that not only do we know what’s coming, but we can profit from it. “We were left with a roadmap that we can turn into a treasure map.”

It’s an exciting proclamation, though not everything coming will be pleasant.

So what is this roadmap? And how do we turn it into a treasure map? To get those answers, we have to go back to 2002, to a speech made on a frosty night in Washington D.C…

You’ll recall that Ben Bernanke was the head of the US Federal Reserve in 2002. He made a speech at the National Economist Club, titled “Deflation: Making Sure It Doesn’t Happen Here.” The presentation was posted on the Fed’s website.

It is this speech that became Mike’s roadmap—and that’s because virtually everything then-chairman Bernanke said the Fed would do, they did.

It’s actually quite remarkable when you compare his statements with the subsequent actions the Fed carried out. Take a look…

Bernanke said the Fed could fire up the printing press and create more currency to combat a crisis—and that’s exactly what it did: 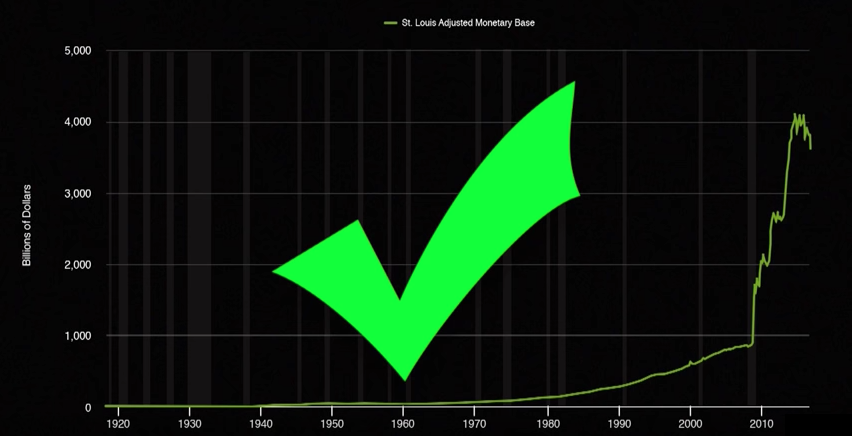 He said the Fed could drop interest rates at zero—they did that, too. 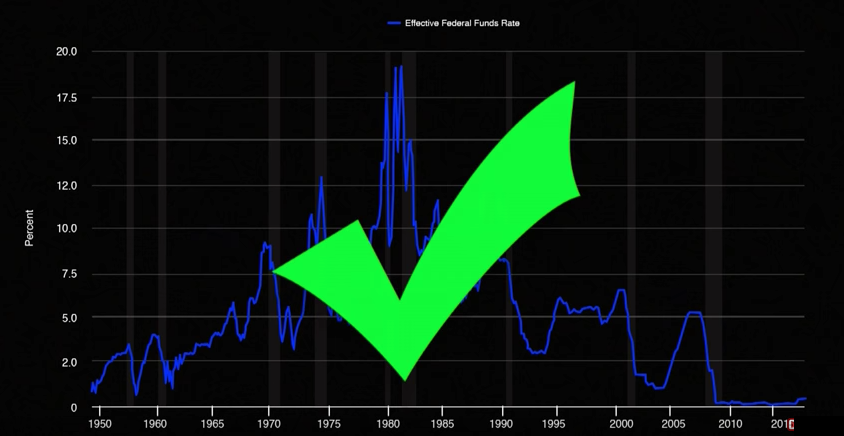 Next in his speech was that they could buy mortgage backed securities. The Fed owned zero MBSs in 2007—but now they own $1.75 trillion worth: 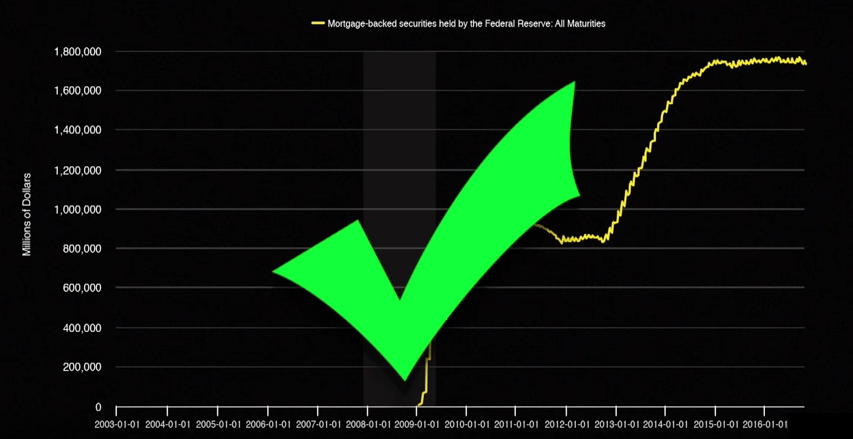 As MBSs are backed by mortgages, this makes the Fed the largest holder of real estate in the world.

Bernanke also stated in 2002 that central bankers could buy stocks and bonds. The Bank of England just started doing that very thing: 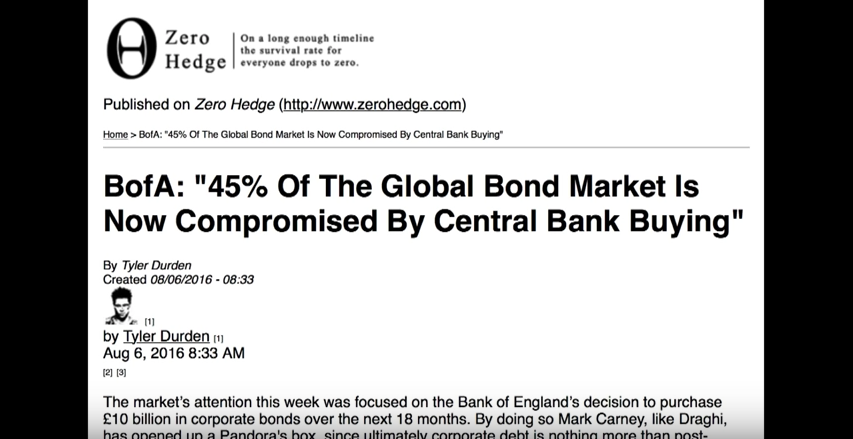 He also said the Treasury could purchase private assets. Here’s what they spent on Fannie, Freddie, and AIG Insurance, all of which are private enterprises:

You’ll also recall the US government purchased a 60.8% stake in General Motors, along with other central banks. The funds came through the US Treasury, which means this represented a direct use of Fed funds to buy a private company.

• After all this intervention, after following the very roadmap Bernanke outlined, our economy must be soaring. But of course it’s not… we have the weakest economic recovery on record! In other words, this strategy—this roadmap—hasn’t worked.

And the crisis continues. Here’s proof: 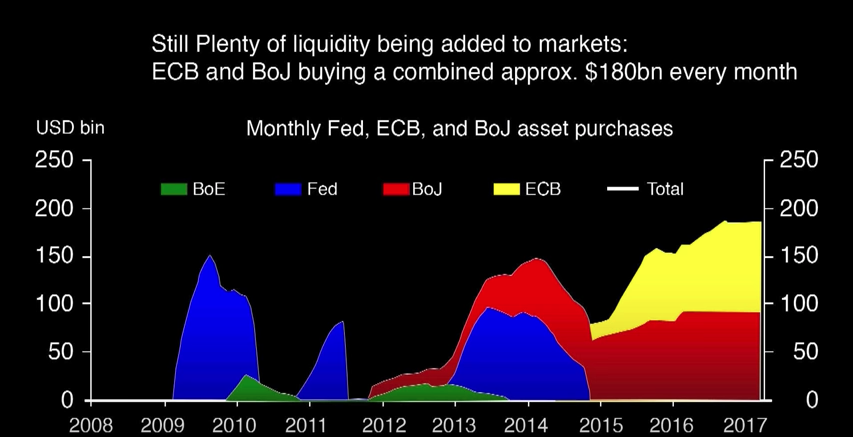 What’s incredible is that Japan and Europe are currently creating the equivalent of $180 billion every month, more than during the depths of the financial crisis!

In other words, this roadmap from Ben Bernanke is still playing out today.

And it’s not just money creation… add in the fact that debt levels continue to soar, fiscal budgets remain in deficit, and numerous bond yields are negative in many parts of the world. 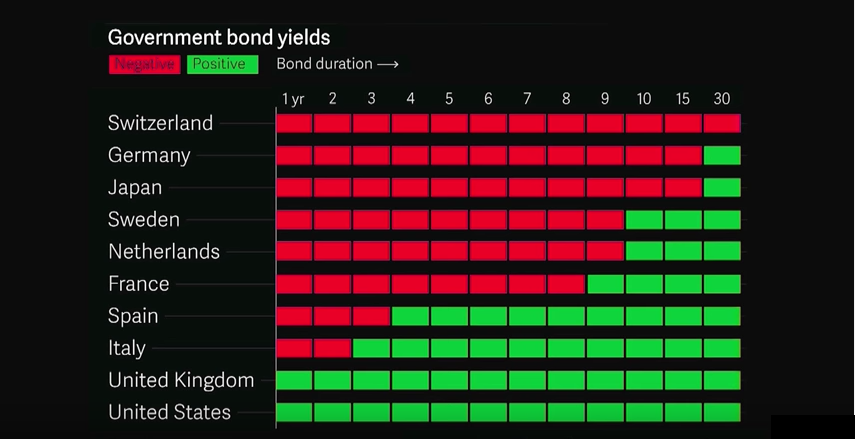 Does all of this paint a picture of economic health?

The upshot is that the global economy is not out of the woods. Central bankers have not been able to generate the growth and the inflation they want, and so continue pursuing all these financially unhealthy activities. Think about it… if the economy were healthy, would any of these interventions still be underway?

Their Roadmap is Our Treasure Map

Because global central bankers continue to print money, drive interest rates lower, run up debt levels, and spend more money than they bring in, we are headed for an even greater crisis than what we experienced in 2008.

And because we know the roadmap central bankers are using, we know how to invest.

As Mike says, “Gold and silver are the only financial assets that come with a central bank guarantee.”

The next crisis will force central bankers to repeat all of the steps above. They’ll pull out the roadmap Ben wrote in 2002 and implement the same strategies.And those strategies from central banks will drive gold and silver to gain more in purchasing power than any other asset. This is a brief moment in history where we know exactly how to position our portfolios.

Get more detail from Mike in his bonus features. Mike covers a number of critical topics, including Russia, Bitcoin, WWE (his term for nations attacking each other via electronic means), the long-term outlook for gold, and others. Watch the bonus features from his breakout session now.