Roberts: Federal Deficit May Top $2 Trillion During Next Decade

Depending on who is in control of Congress, the filibuster is each the time-honored bellwether of whether our very democratic system is intact or an embarrassing old relic that should have been hauled out to the legislative branch dumpster decades ago.

Almost any Congressman will make either argument depending on whether or not his party is in the majority. The filibuster is a powerful too for the minority party, a royal pain in the butt for the majority.

Weren’t Republicans supposed to be all about fiscal conservatism? The degree to which the G.O.P., with hardly a passing nod to new, soaring federal debt, has abandoned all pretense to budgetary sanity is a sign of the times. Everyone surrenders to the new master, max debt eternal.

The CBO’s latest budget projections confirm what we, and the CRFB, have been warning about. The current Administration has taken a path of fiscal irresponsibility which will take an already dismal fiscal situation and made it worse. 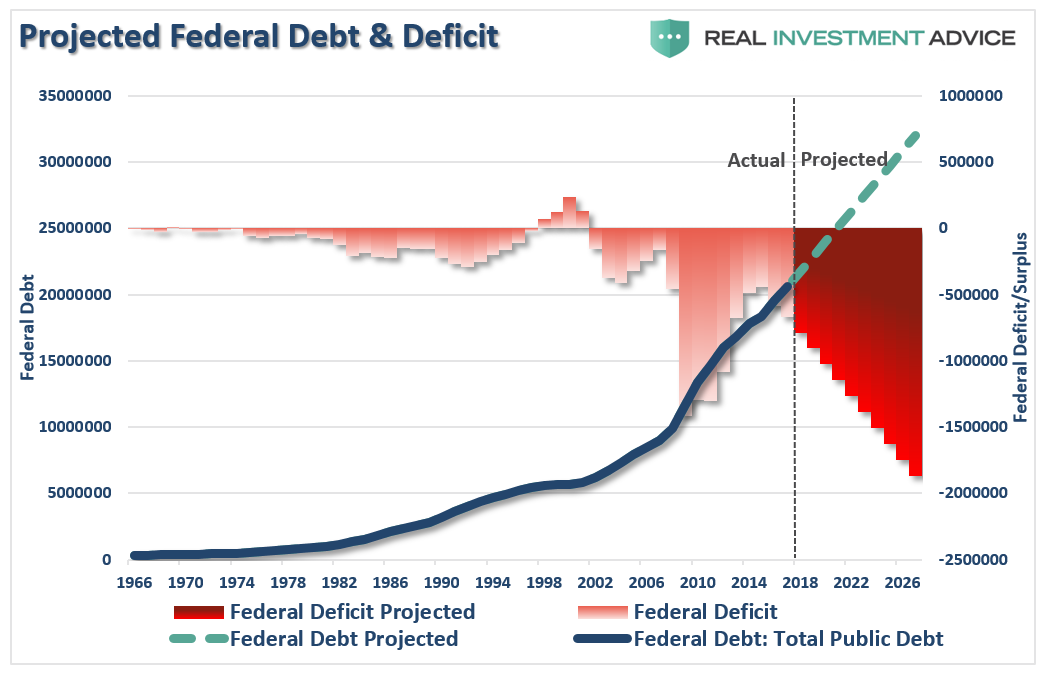 That is simply hypocritical.

Given the flaws in the CBO’s calculations, their current projections of $1 trillion in deficits next year, and exceeding that mark every year after, will likely turn out to be overly optimistic. Even the CBO’s Alternative Fiscal Scenario of $2 trillion deficits over the next decade could turn out worse.

William Gale summed up the entirety of the problem nicely.

“Here’s the worse part: The conventional comparison is misleading. The projected budget deficits in the coming decade are essentially ‘full-employment’ deficits. This is significant because, while budget deficits can be helpful in recessions by providing an economic stimulus, there are good reasons we should be retrenching during good economic times, including the one we are in now. In fact, CBO projects that, over the 2018-2028 period, actual and potential GDP will be equal.

As President Kennedy once said ‘the time to repair the roof is when the sun is shining.’ Instead, we are punching more holes in the fiscal roof.