The Fed Is Losing Control of the System 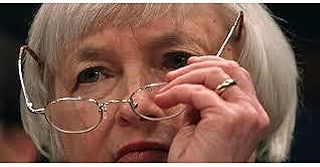 It’s pretty incredible if you step back and think about it. Here were are, seven years into a supposed recovery, and the Fed’s actions tell us the economy cannot handle rates higher than 0.5% (the overnight benchmark rate fluctuates between 0.25% and 0.5%).

Rates of 0.5% (and lower) and the word “recovery” do not belong together. The Fed is currently maintaining rates at levels usually reserved for dealing with Crises, NOT recoveries. Heck, the Fed kept rates higher than current levels during the recession following the TECH BUST.

Put another way, seven years into this “recovery” the Fed views the economy as weaker than it was after the Tech Bubble burst in 2002.

At this point, after seven years of ZIRP and $3.5 trillion in QE, shouldn’t we consider alternatives? Maybe we might want to let some other people try running the economy for a change?

After all, if you spent $3.5 trillion and the best you can garner is a recovery that is weaker than the 2001 recession… maybe you’re not cut out for the job of “fixing” the economy.

Moreover, at what point do we start questioning the Fed’s data?

Back in 2012, the Fed claimed it would start to raise rates when unemployment fell to 6.5%. We hit that target over two years ago in April 2014.

The Fed also claimed it would raise rates when inflation hit 2%. Core inflation has been above that level for five months now.

Now the Fed claims that it is concerned about Brexit or China or who knows what, as an excuse not to hike rates.

Despite these dovish developments, stocks cratered. It if weren’t for the usual desperate PPT manipulation, we’d probably have had a mini-Crash.

We may have reached the point at which the Fed has lost all credibility.

The markets are in a massive bubble. The S&P 500 is sporting an EV/EBITDA of over 10. There is simply no way on earth this is not a bubble. Indeed, this reading is even higher than the S&P 500’s EV/EBITDA in 2007: a period that everyone agrees was a bubble.

Earnings are at levels not seen since 2012. Meanwhile stocks are 70% higher than they were during that time.

Meanwhile, bonds or the “smart money” are not buying this rally in stocks at all.

We are heading for a crisis that will be exponentially worse than 2008. The global Central Banks have literally bet the financial system that their theories will work.  They haven’t. All they’ve done is set the stage for an even worse crisis in which entire countries will go bankrupt.

Trump's Tax Cuts 2.0 Could Include This Retirement Savings Perk

Forget Sars, the Coronavirus Threatens a Meltdown in China’s Economy

Half the Population of China, 760 Million, Now Locked Down

Coronavirus: The Calm Before The Storm? | Peak Prosperity