The Fed causes and worsens recessions. Their interventionism, as well-intentioned as it may be, corrupts the pool of real wealth and throws a wrench in the works of the free market by introducing inefficient, non-productive capital into a perfectly efficient productive marketplace.

But efficiency means feeling current pain in order to quickly and simply correct market inefficiencies. The moment you introduce politicians who get elected by making pie-in-the-sky, undeliverable economic promises to their constituencies, you’re sowing the seeds of disastrous policy. 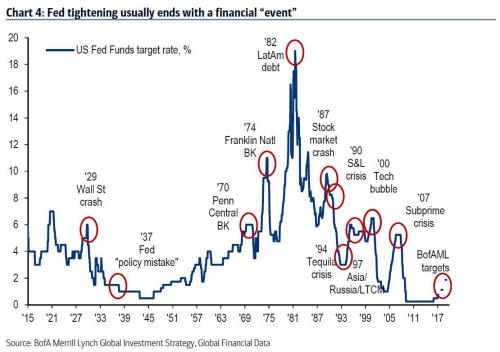 During an economic crisis what is required for the government and the central bank is to do as little as possible. With less tampering, the more real wealth remains with wealth generators, which allows them to facilitate a further expansion in the pool of real wealth.

With a larger pool of wealth, it will be much easier to absorb various unemployed resources and eliminate the crisis. Aggressive monetary and fiscal policies will only hurt the process of wealth generation thereby making things much worse.

As long as the pool of real wealth is still growing, the government and the central bank could get away with the illusion that they can grow the economy.

Once the pool starts to stagnate or decline the illusion of government and central bank policies is shattered.

The key reason why Keynesian economics fails to explain the occurrence of recessions is because it ignores the key factor behind this, which is the tampering policy of the government and the central bank.