All the gold in the world isn’t enough to save a fundamentally flawed political system.

Any system based on unsustainable political promises backed by endless fiat currency printing in a vain attempt to bring them to fruition is doomed from the start. Sound familiar? The only variable that ever changes is the timeline.

Not surprisingly, socialist Venezuela has defaulted on yet another debt. In 2016, it entered into an agreement with Gold Reserve, Inc. to repay 1.03B owed over a canceled mining project, as ordered by the World Bank. Payments were to be made in monthly installments, but Venezuela has ceased making any payments following the fourth quarter of 2017. 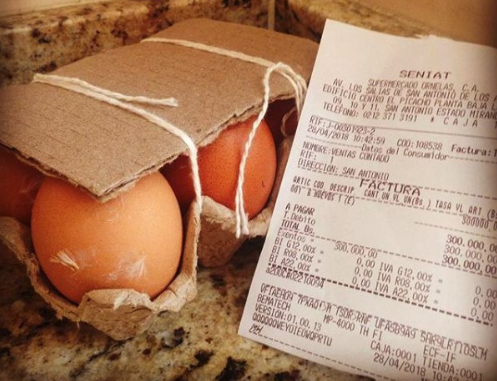 Several companies have actively explored for gold in the country. But Venezuela forced out the foreign investors, and its gold mining operations have been taken over by illegal miners, usually under the supervision of Venezuela’s army. The ensuing chaos and corruption have left Venezuela’s once-promising gold industry in utter shambles.

Placed in charge of mining activities, the army has delivered approximately $100 million in gold to the Central Bank of Venezuela in Caracas. The country desperately needed those revenues after its once-plentiful oil reserves plummeted following nationalization of the industry by then President Hugo Chavez.

Socialism has destroyed two of Venezuela’s major industries, and it has left Venezuelans hungry and in despair. President Maduro’s government is hanging on by a thread and is depending on a corrupt military to retain a semblance of peace. The military has not hesitated to use guns and force to achieve its objective.

ORIGINAL SOURCE: Venezuela’s once-promising gold industry is in utter shambles by Alex Deluce at The Gold Telegraph on 5/7/18