What ‘Inflation’ Actually Means: Is the Real Rate Already 10%?

Amidst the pitched arguments about inflation (though almost nobody argues at this point that it’s not, at the very least, on the way), it would be nice if we could agree on what that words specifically means. When we refer to ‘inflation’, we refer to the government’s definition. Which changed, substantively, a few years ago.

John Williams at ShadowStats fervently believes that the changes that the Labor Dept. made in the ’80s and ’90s seriously distorted the Consumer Price Index. Reverting to the pre-1980 methodology, he estimates that CPI inflation is running close to 10% today. 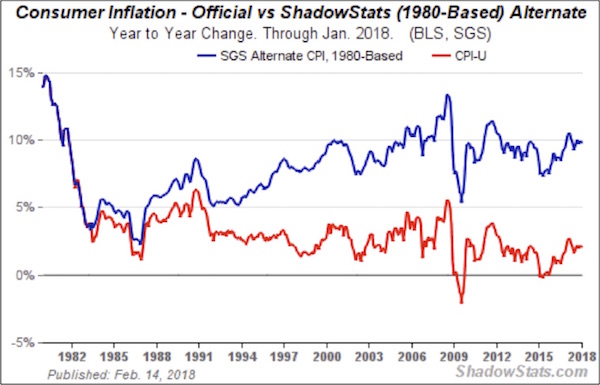 We could all argue less if we could trust and use the same data, but that’s not happening, either. I’ve been discussing this vexing problem in recent letters. It’s a multiplex challenge to define what data is relevant, to collect it accurately, and then to analyze it correctly. A weakness anywhere in that chain will compromise the whole effort.

Add, remove, or change the emphasis of a single input factor, and ‘inflation’ suddenly means something entirely different. Note, also, the wild inflation of the sectors where the government is intimately involved: 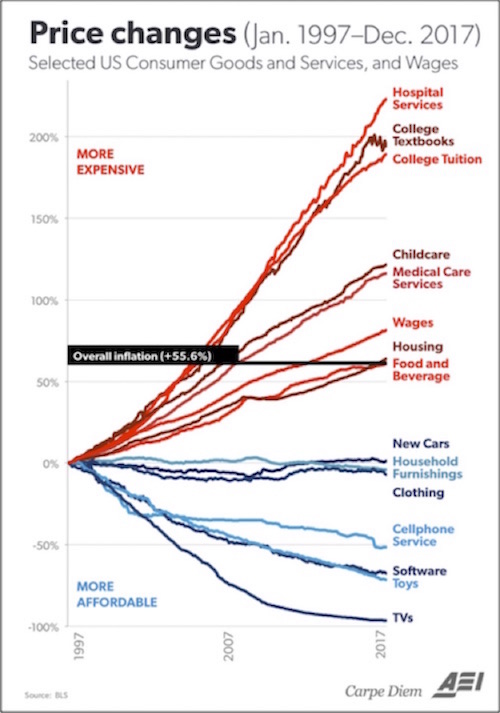 ORIGINAL SOURCE: Inflation and Honest Data by John Mauldin at Mauldin Economics on 3/3/18