Why the Fed Will Keep Rates Too Low, Too Long, Every Time

If the Fed has proven anything, it is that they will continue to delay and forestall, at any cost, pain today that can be traded for a larger amount of pain in some vague tomorrow.

So while looking forward to what they should do or will likely do is one thing, it serves us well to remember that when it comes down it, the Fed will likely remain accommodative until the market forces its hand. Because that is the “right now” path of least pain and resistance.

The Fed has raised rates as the economy improved, the consequences of going too fast scare the bejesus out of them. The Great Financial Crisis is still very much gnawing at the back of their mind. So it’s no wonder the Fed has not rushed to get out ahead of the curve and raise rates aggressively. 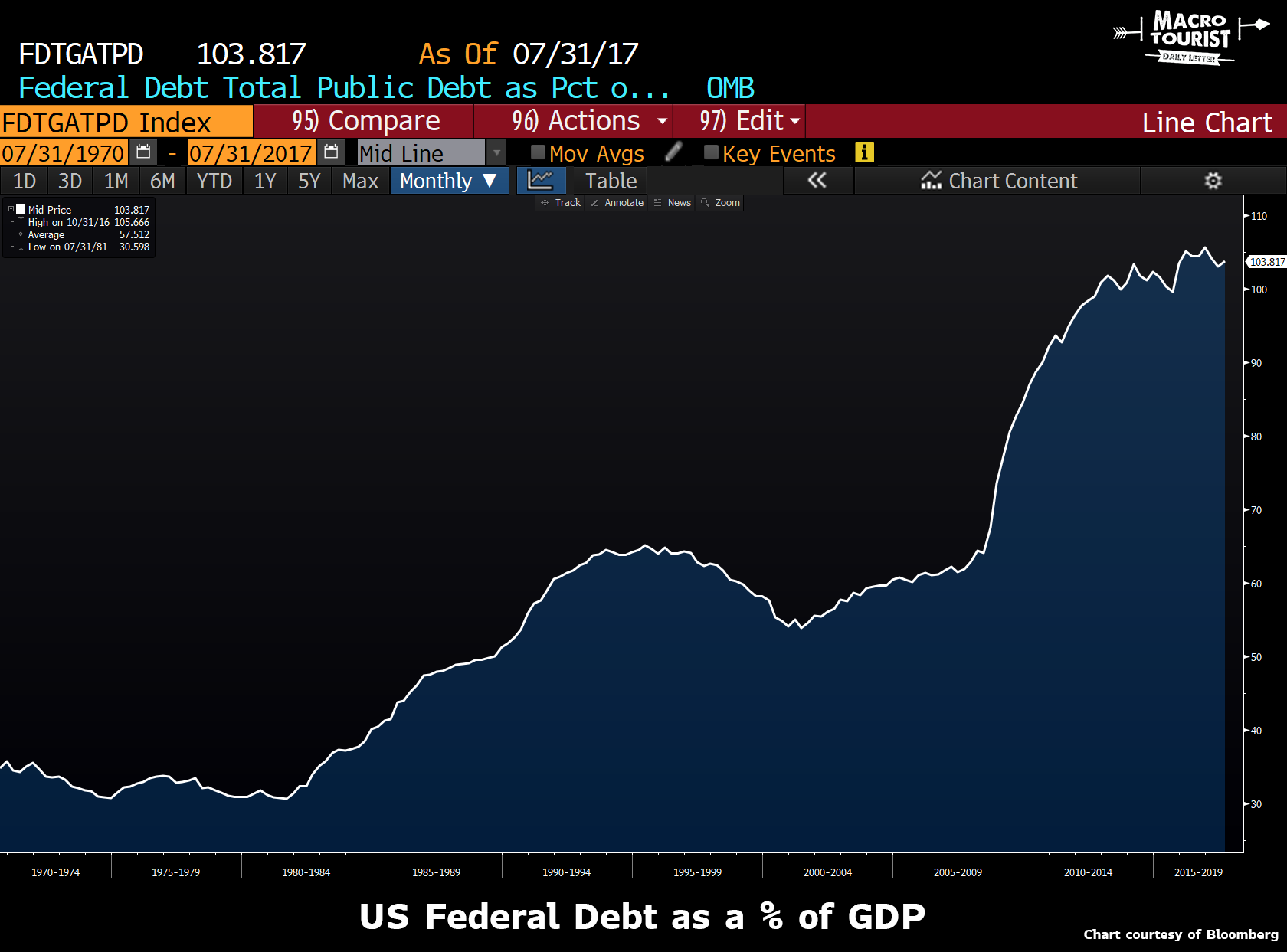 But now that inflation is perking up, many market participants are aggressively selling the front end of the curve, assuming the Fed will raise rates to combat rising prices.

I think they are wrong. The Federal debt level is more than 100% of GDP. The US simply can’t afford higher rates.

The higher probability outcome is that the problems will be pushed off into the future until the markets force the issue.

I am sure many of my regular readers will be sick of hearing this, but I will repeat it anyway. As Bill Fleckenstein says, “Central Banks will continue with their easy money policies until the bond market takes away the keys.”

ORIGINAL SOURCE: THAT'S NOT A BOND BEAR MARKET by Kevin Muir at The MacroTourist on 3/6/18