The True Cause Of Chaos In Egypt Exposed 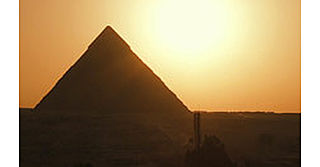 It's no secret that the situation in Egypt is deteriorating by the day, but for some bizarre reason the ultimate cause of the recent chaos remains generally unknown. Ask any friend or colleague what they think initiated the Egyptian revolution and most will come up with something like 'The people were unhappy with the government, so they rioted', or words to that effect.

But that's only part of the story… nobody seems to be talking about why the people were unhappy in the first place.

The truth is, it was crippling levels of inflation that sparked the rioting, looting, and mayhem that Egypt is still experiencing. Upon the breakout of civil unrest in Tahrir Square back in 2010 CNBC reported:

"It is food inflation that is ultimately breaking the back of the Mubarek regime - staples like meat, sugar and vegetables have been climbing out of the reach of the ordinary Egyptian for a year."

Now, if you are like me you don't necessarily take a mainstream news source like CNBC at their word...