Banking Disaster Bigger Than 9/11? The Federal Reserve Thinks So...

Just 41 minutes after the second plane hit the World Trade Center, the world’s most powerful bankers held a secret meeting.

At the head of table was Alan Greenspan, the Chairman of the Federal Reserve. He assured all in attendance that he would prevent a financial crisis by using emergency powers granted to him by the government.

Flash forward to today. Bestseller author Mike Maloney, has spotted recent activity at the Fed that signals another economic 9/11 is coming. But it will be much worse.

You’ll be shocked at what’s going on behind closed doors. For the full story, watch Mike’s newest video right here.

It’s the highly anticipated first episode of the new season of the Hidden Secrets of Money. And it’s completely free. 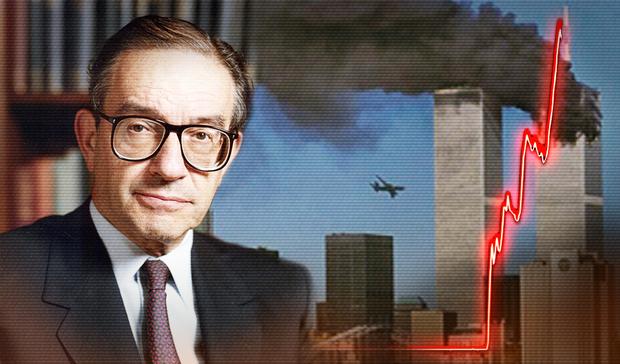