”ORIGINAL SOURCE: Blinding Flash of the Obvious by Danielle DiMartino Booth of http://dimartinobooth.com/ on 1/25/2017

In this piece Daniel show's what's like to happen if the Fed doesn't get it together and that it may already be to late with  the lowest interest rates in 5,000 years.

Danielle DiMartino Booth makes bold forecasts based on meticulous research and her years of experience in central banking and on Wall Street. Known for sounding an early warning about the housing bubble in the 2000s, Danielle offers a unique perspective to audiences seeking expertise in the financial markets, the economy, and the intersection of central banking and politics. 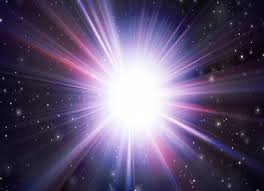 It’s conceivable you are not a regular reader of these newsletters. In deference to how busy you’ve been since last Friday, I’ll resist directing you to the full archive for the moment. Suffice it to say these missives usually begin with a catchy or sometimes kitschy cultural hook to draw readers in to such spicy subjects as bond market valuation, the prospects for monetary policymaking and one that’s near and dear for you — the state of the commercial real estate market.

But this week, in an open letter to you written in all humility, on behalf of myself and every patriotic American, I’d like to share with you the wisdom of one of our nation’s best and brightest military minds in the hopes you might adapt it to the economic issues you will be tackling during your time in office.

Lieutenant General John W. ‘Jack’ Woodmansee, Jr. served 33 years in the United States Army before retiring with the highest honors. Today, Lt. Gen. Woodmansee is the CEO of Tactical and Rescue Gear, Ltd., an 18-year old company that manufactures and sells goods to the Department of Defense, Department of Homeland Security and law enforcement markets. He’s a huge patriot if there ever was one and I’m sure you will agree we can all stand to benefit from his experience.

It is not uncommon to have mantras by which we live on our desks. When I was on Wall Street, I read and re-read mine every day, “Pigs get fat, Hogs get slaughtered.” That’s a good one, but perhaps better suited to your former day job. In your new role, which includes that of Commander in Chief of the Armed Forces, you would be better served to adopt the quotation Lt. Gen. Woodmansee uses as his guidepost to resolve “complex future requirements,” to borrow his words. (Get with me privately if you’d like to see Lt. Gen. Woodmansee’s Top Four Foreign Policy Priorities for National Security.) Without further ado, you may recognize these words as those of George Orwell:

“Sometimes the first duty of intelligent men is the restatement of the obvious.”

Let’s simplify that, military-style, in case you’re inclined to tweet this in the night. Call them Blinding Flashes of the Obvious that guide you — Bravo-Foxtrot-Oscar — to help sear the words into your memory bank. With that, what exactly are the obvious issues facing our economy? The Lt. Gen. narrowed his list to four, so I shall follow suit.

If only the solutions to what ails the economy were as glaringly obvious as what ails it. Patience and fortitude will see you through but you must prepare yourself for what’s to come. And though your initial actions do make it appear as if you believe economic prosperity can be signed into being with the whisk of an executive order, take it on faith that the country needs a lot longer than 100 days to get this economic party started.

That isn’t to say your energy industry actions aren’t to be lauded. Here’s for hoping exports are next. That natural foray accomplishes a national security aim as well. Foreign policy will be greatly strengthened if a certain egomaniac who lives east of Western Europe can no longer hold our allies hostage with the threat of their natural gas supplies being cut off in the depth of winter. Energy exporting and building those pipelines will also take us one step closer to energy independence, which is a foreign-policy and economic positive.

Then there’s the red tape that’s increasingly strangled our proud history of entrepreneurship. Please proceed to dump them at the nearest exit as you’ve promised to do. Let’s start-up and grow small businesses.

Afraid that sums up the low hanging economic fruit you can pick right away. Bringing bigly job growth back requires long term investment in educating our children in science, technology, engineering and math. Do you want to build the factories of tomorrow on American soil? Fine. Rip up the game plan and rebuild our education system, one community at a time.

If you won’t take my word for how critical this is, have a quick look at our literacy stats vis-à-vis other developed nations. As for the desire and wherewithal, Google that photo of single African-American mothers marching across the Brooklyn Bridge to retain charter school funding. Easier yet, pull up footage of this past Tuesday’s protest on the south steps of the Texas state capitol building – thousands of parents demanding tax dollars to help fund optionality in where they educate their kids. It IS broken and you’re not beholden to any special interests. Let’s fix education!

Fair warning: the recession inevitability thing won’t be easy on you. So why not bet on the come? Starting points do matter and, hate to break it to you Dorothy, but we are not back in Kansas circa 1980 anymore. Resisting radical central bank intervention will be a difficult test of your mettle. Helicopter money, negative interest rates, more bond purchases to grow the Fed’s balance sheet further, the abolition of cash. Just say no, which you can do via proxy, which we’ll get to shortly.

When it comes to recessions, we all know that discretionary spending is hit the hardest. That’s where those tax cuts and infrastructure spending you’ve committed to come in. They’re not perfect, but why not anticipate a crisis and simplify the tax code now – like tear it up and start from scratch? That’s called an uphill battle as your own party might not cotton to radical change. But you say you’re an artful master in the deal-making department. Go make one while the sun is still shining and what little time you have left remains on your side.

You’ll note that a purist’s approach to tax reform slaughters many sacred cows in the process. In the event this is intimidating, recall that thing about owing no one anything. Ask yourself a few questions. Will hedge funds, private equity firms and venture capitalists be destitute if you close the carried interest loophole? Do occupants of mansions really need the extra tax break afforded mortgage interest deductibility? And would it be better to bring a big chunk of those overseas profits back home? If you answered yes to that last question, ask around — there are ways to ensure those firms don’t simply plunk what’s repatriated back into share buybacks. We’ve seen how that stagnates economic growth, so why go there?

Tax reform will, by the way, go a long way toward dispensing with the searing criticism you face as you approach the desperate, and bonus, obvious, need to upgrade the country’s crumbling infrastructure. While you might like to have this be a purely privately funded scheme, it’s reasonable to assume that some public funding will come into play – think they call it ‘hybrid’ funding (call up your Australian counterpart for the specifics). The good news is that unlike tax cuts, which can be saved or diverted here or there, investment in bridges, tunnels, roads, schools, hospitals and the like is here to stay and keeps paying economic dividends in the form of the other business spending it induces around it. So, direct and indirect lasting economic benefits.

As for those bubblicious markets, they’re sure to be upset once they get the first whiff of that recession we just discussed. We can agree that letting the air out of the markets will be disruptive, and not in a good Uber way. There are no easy answers on this count. You might be faced with so few options that you’re forced to focus on the really heavy, preemptive, legislative lifting discussed above to mitigate the collateral damage. The best news that can be offered is that reasonably valued assets forge a natural pathway to future economic growth.

Finally, there’s the thorniest issue of all, the Fed. You may note the long road ahead is fraught with legislative barriers. To the extent financing is required, it’s always beneficial to contain borrowing costs. It would be nice to think you could rush into the Treasury market and issue a boatload of 50-year and 100-year bonds. But there are more than even odds that opportunity has been squandered by an epidemic of short-sightedness on the part of your predecessors. Let’s be magnanimous and say they didn’t appreciate the immense fiscal defenses that could have been built up against the backdrop of the lowest interest rates in 5,000 years. Deficit smoke-and-mirrors surely never came into play.

For the here and now, Fed officials seem intent on doubly tightening financial conditions by shrinking the $4.5 trillion balance sheet while raising interest rates. Knowing recessions are an inevitability should give you the resolve to offer the politically-driven doves-turned-hawks two words: “Try me.”

This done, back legislation to reduce the Fed’s mandate to minimize inflation. This will prevent future bouts of mission creep. Next, beef up bank supervision (note, never used word “regulation”) to stay one step ahead of nefariousness. And finally, fill those two open vacancies on the Board, and fast, with individuals who don’t think “no” is a four-letter word. Bring dissent back to the Fed by installing the best and brightest, who also happen to have uncompromising constitutions. Let the new kids on the block carry out your leadership of the Fed by proxy.

Tall orders, one and all? Without a doubt. But at least you’ve got hope, ebullience and inspiration on your side. Surveys of businesses and households suggest you’ve even got the fillip of an economic acceleration in the cards. So seize the moment and embrace the fact that you don’t require a lot of sleep to effectively lead. The hardest deals of your lifetime lie ahead. Don’t back down for all our sakes. And keep Orwell’s words in mind if wily politicians try to bog you down in the weeds. Bravo-Foxtrot-Oscar. An added bonus: it makes a great Tweet.