Good Money After Bad: When Buying the Dip is the Beginning of the End

Buy the dip. It’s been a foolproof strategy for the past nine years. Good news, bad news, no news…it’s all led to high equity prices. And when things have gotten dicey, the Fed’s Plunge Protection Team has rushed in to buy stocks, even after “plunges” as paltry as 6%.

Bill Miller followed this strategy in a much more benign economic environment and rode it to great success. Until his fund and legacy were destroyed by going to the well one too many times. 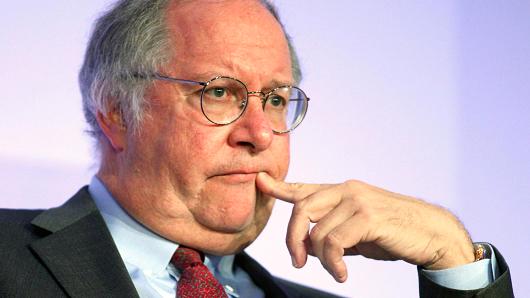 Was it innate intelligence?  Was it luck?  Did he guess the correct coin flip 15 times in a row? Most likely it was a combination of hard work, shrewd acumen, an attuned gut, and dumb luck.  Indeed, Miller could do no wrong.

Between late-2007 and late-2008 the Legg Mason Value Trust fund collapsed nearly 60 percent, wiping out the gains that had been accrued in the funds lengthy market beating win streak.  Fund assets under management collapsed from $16.5 billion to $4.3 billion.

“Every decision to buy anything has been wrong,” said Miller following his disastrous performance.