Has Big Government Persuaded Apple to Join the War on Cash?

Tim Cook is sounding a lot like the mouthpiece of the central bankers when it comes to his stance on cash.

Cook decried cash’s very existence in a recent presentation to Apple shareholders: "Because why would you have this stuff! Why go through all the expense of printing this stuff and then some people steal it, and you've got to worry about counterfeits and all these things." 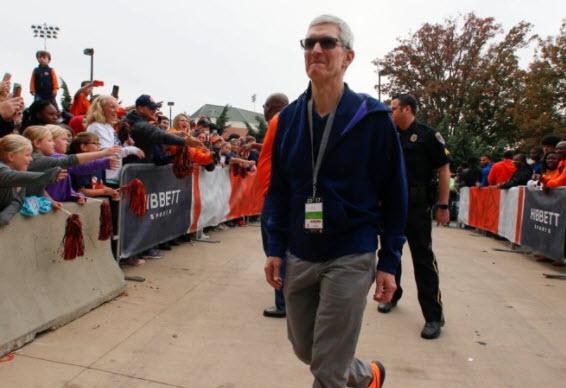 Until now, it has tended to be politicians and central bankers leading the call for a cashless society... for your own good.

The real reason the war on cash is gearing up now is political: Politicians and central bankers fear that holders of currency could undermine their brave new monetary world of negative interest rates. Japan and Europe are already deep into negative territory, and U.S. Federal Reserve Chair Janet Yellen said last week the U.S. should be prepared for the possibility. Translation: That’s where the Fed is going in the next recession.

Negative rates are a tax on deposits with banks, with the goal of prodding depositors to remove their cash and spend it to increase economic demand. But that goal will be undermined if citizens hoard cash. And hoarding cash is easier if you can take your deposits out in large-denomination bills you can stick in a safe. It’s harder to keep cash if you can only hold small bills.

The swing to America's corporatocracy calling for a war on cash is not for your own good 'Murica.