Inflation as Nonevent: Narrative Only the Fed and Wall St. Could Spin

Are there still those out there who believe the soothsaying that while inflation is on the way, it’s going to be benign, a footnote, so minor we won’t even notice it’s here?

Inflation is going to head up this year—on that there isn’t much debate. The real debate is over whether it will be a nonevent or something more ominous.

The Federal Reserve and most of Wall Street think it will be a nonevent. But there is a plausible scenario in which it marks a new, dangerous trend. Even if you think it unlikely, you need to give this scenario serious thought because trillions of dollars of investments are geared to inflation being dead. 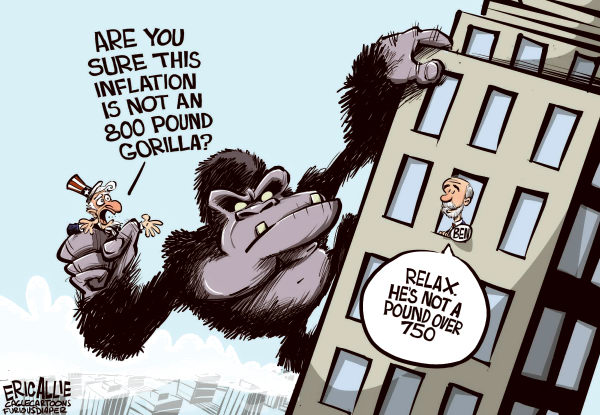 Inflation doesn’t have to get too far out of whack to wreak havoc: A world in which inflation risks persistently point up instead of down would drive bond yields higher and kick the support out from under stock and property values.

ORIGINAL SOURCE: Why an Unpleasant Inflation Surprise Could Be Coming by Greg Ip at The Wall Street Journal on 2/28/18