Inflation Moves From Risk Asset Prices to the Broader Economy

The arrival of inflation is happening across the economic board. After a decade of seeing risk asset inflation and little else, now inputs, consumer prices, and wages alike are finally, inevitably responding to all that QE.

The idea of soaring costs is new to young Americans whose experience is limited to the apparent (though often illusory) price stability of the past decade. But it’s both familiar and scary to folks who were around in the 1970s when “wage and price spiral” was a common theme in the media.

Labor markets get tight, wages rise, businesses are forced to raise prices to pay their employees, customers see their cost of living rise and demand raises to compensate and so on, until price pressures in one sector spread to most others. 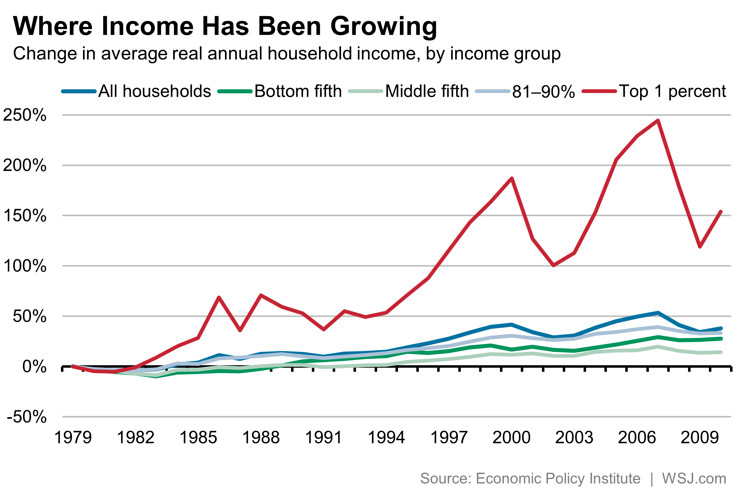 This trend seems to have come out of nowhere but it’s actually a predictable result of the income and wealth inequality that’s developed during the current Fed-driven asset inflation.

Note the cyclicality; the 99% who are being ripped off eventually decide to flex their political muscles and demand higher wages – either through collective bargaining or the political process (hence the $15 minimum wage movement) – or by simply refusing to work for crappy wages, creating the labor shortage that’s causing so much corporate angst today.

Either way, the resulting shift in resources pushes up consumer prices – which the government defines as bad – and, eventually, depresses financial asset prices. In effect, workers start clawing back their share of national wealth from the owners of stocks and buildings.

ORIGINAL SOURCE: Inflation Is Back, Part 5: “The Cost To Run A Restaurant In New York City Is Unbearable” at Real Investment Advice on 5/1/18