Morgan Stanley: We Use Gold Price to Figure Out True Value of the USD

Say what now? When the Chief U.S. Equity Strategist & Chief Investment Officer for Morgan Stanley essentially says that the CPI is manipulated and worthless as a data point, and that the bank uses the gold price to figure out the true value of the USD, that’s news.

As the equity markets hang breathlessly on every release of government-curated “data”, it is rare and fascinating to see such a prominent figure at such a prominent bank so thoroughly hang the Fed out to dry.

In a remarkable statement by Morgan Stanley's Michael Wilson, who several weeks ago said that this was it for the market for this year as "January marked the top for sentiment, if not prices, for the year", the chief equity strategist released a report looking at the "great cycle debate" in which he tries to justify his cyclical bearishness by saying he remains a secular bull.

That's not the remarkable part: what was, is how Wilson defined what "real" value is. He needed to do that, in order to differentiate between the nominal and inflation-adjusted value of the S&P to underscore his cyclical vs secular bear market thesis. This is what Wilson said:

While we are calling for a cyclical top in US equity markets this year, we want to be very clear that we also believe we are in the middle of a secular bull market. This is an important distinction because cyclical bear markets that occur within secular bull markets are much less severe affairs. Looking at the last 100 years, we think that it's very clear that there have been three secular bear markets and only two secular bull markets, while we find ourselves in the midst of a third. The dates of the three secular bear markets are 1929-42 (Great Depression), 1967-80 (stagflation) and 2000-11 (secular stagnation). We determine these ranges by looking at the price of the S&P 500 adjusted for inflation and currency depreciation. In other words, what is the real price of the S&P 500 doing. 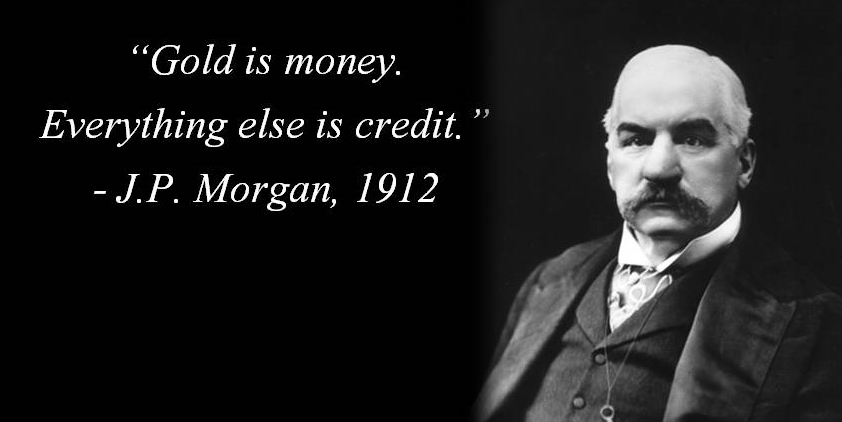 And this is where Wilson uses a statement near and dear to the heart of every "tinfoil-wearing" gold bug, and Shadow Stats fanatic: ignore the broken CPI (an argument we have made on numerous prior occasions), and instead just use the price of gold. Here is Morgan Stanley:

Due to the many criticisms and changing methodologies of the consumer price index as a true measure of inflation, we use the price of gold as a very good proxy of the true value of a dollar over long periods of time.

With that one statement, Morgan Stanley is sure to infuriate the "mandarins" at the Federal Reserve, as it confirms that the best indicator of dollar devaluation is not some artificial, "hedonically-adjusted" price index, but the price of gold itself, which also explains why the Fed is so terrified any time "alternative currencies" such as gold, or bitcoin, soar: it telegraphs that the dollar's value, and purchasing power, is crashing.

It also explains why central banks had to step in - as the SNB so famously did - in September 2011 when gold had risen above $1900 and was threatening to blow out exponentially, putting the fate of the world's reserve currency in jeopardy.

ORIGINAL SOURCE: Morgan Stanley Goes Full "Tinfoil": Use Gold As Proxy For The "True Value Of A Dollar" by Tyler Durden at Zero Hedge on 4/14/18