The conceit. That the same Fed who told us all that we had no choice, over and over, that the world was ending and the financial markets would come apart at their very seams unless they were allowed to meddle however and whenever they saw fit in the free markets, now wants us all to believe that a decade of emergency stimulus conditions can be abruptly halted with no real fallout.

March 21 is just over a week away. That’s when the Federal Open Market Committee, FOMC, the Fed’s interest rate policy arm, will raise interest rates another 0.25%, the sixth such rate increase since the “liftoff” in interest rates in December 2015.

If the U.S. economy is vulnerable, then the Fed’s actions could trigger a recession and stock market sell-off unless the Fed reverses course quickly. My view is that the latter is more likely. The Fed is tightening into weakness and will reverse course by pausing rate hikes later this year. 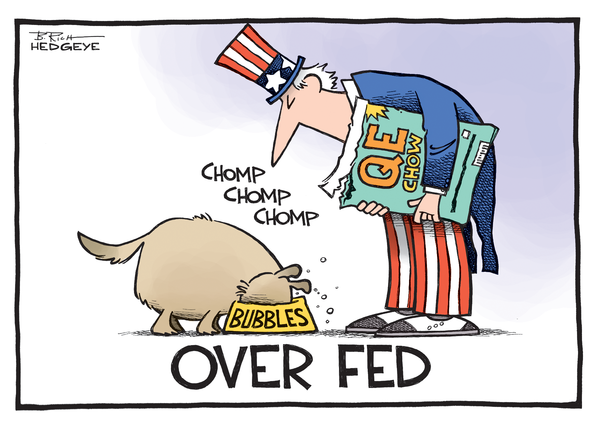 When that happens, important trends in stocks, bonds, currencies and gold will be thrown into reverse. Investors who position now for a coming course correction by the Fed can reap huge gains when that Fed flip-flop occurs.

The view that balance sheet normalization can run on background without disruptive effects is unwarranted. The Fed printed almost $4 trillion of new money over six years from 2008–2014 to inflate the value of risky assets.

Yet somehow, the Fed would have investors believe that destroying $2 trillion in even less time will have no negative impact on the value of those same risky assets.

ORIGINAL SOURCE: The Fed Is Going “Cold Turkey” by James Rickards at Daily Reckoning on 3/12/18