PTJ gives an artistic, enlightening, and scarily comprehensive vision of what it’s like to be Jerome Powell right now. When you’ve put off really dealing with every single systemic threat for as long as his Fed predecessors have, it might even be more like being the guy trapped in the rural cabin as a hundred zombies jam their arms through the windows. 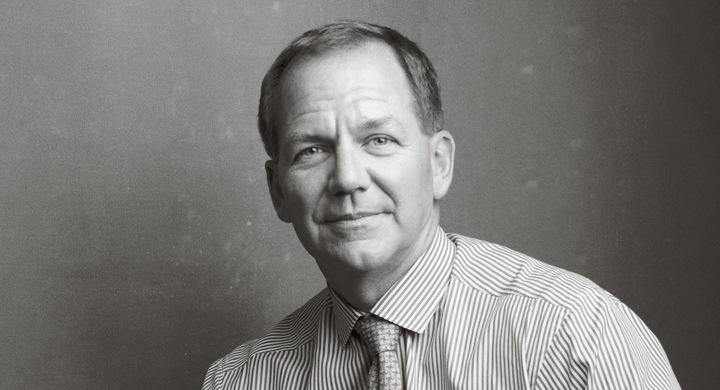 "Let me describe to you where I think Jerome Powell is right now as he takes the reins at the Fed. I would liken Powell to General George Custer before the Battle of the Little Bighorn, looking down at an array of  menacing warriors. On the left side of the battlefield are the Stocks—the S&P 500s, the Russells, and the NASDAQs—which have grown, relative to the economy, to their largest point not just in US history, but in world history. They have generally been held at bay and well-behaved, but they are just spoiling to show their true color: two-way volatility. They gave you a taste of that in early February.

Look to the middle and there waits the army of Corporate Credit, which is also larger than ever relative to the economy, as ultra-low rates have encouraged it to gain in size, stature, and strength. This army is a little more docile right now, but we know its history, and it can be deadly when stressed.

And then on the right are the Foreign Currency Fighters, along with the Crypto Tribe, an alternative store of value that only exists because of the games central banks are playing; the opportunity cost of Crypto is so low, why not own some? The Foreign Currency Fighters have strengthened by 10% over the past year. Compounding the problem, they have a powerful, ascending leader, the renminbi, to challenge the US dollar’s hegemony as the reserve currency.

All of these forces have been drawn to the battlefield because of our policy experiment with sustained negative real rates.

So Powell looks behind him to retreat. But standing there is none other than Inflation Nation, led by the fiercest warmongers of them all: the Commodities. He might take comfort that he is not alone on the battlefield. But then he looks over at the Washington, DC, fiscal battalion and realizes they are drunk on 5% deficit beer. That’s what Powell is facing, whether he recognizes it or not. And how he navigates this is going to be fascinating to watch.

Unlike his predecessors, he needs to be symmetrically fearless. Policy unorthodoxy needs to be reversed as quickly as it was deployed. After Alan Greenspan ignored the NASDAQ bubble, it crashed and led to this incredible foray into negative real rates. That created the mortgage bubble, which was initially ignored by Ben Bernanke and ultimately spawned the financial crisis, leading us to fiscal and monetary measures that were unfathomable 20 years ago.

In my view, higher volatility is inevitable. Volatility collapsed after the crisis because of central bank manipulation. That game’s over. With inflation pressures now building, we will look back on this low-volatility period as a five standard- deviation event that won’t be repeated."

Which is why now is the perfect time to buy gold and silver.

"You want to own commodities, hard assets, and cash… The S&P GSCI index is up more than 65% from its trough two years ago. In fact, relative to financial assets, the GSCI is at one of its lowest points in history. That has historically been resolved by commodities putting on a stunner of a show, stoking inflation. I wouldn’t be surprised if that happened again."

ORIGINAL SOURCE: An Apocalyptic Paul Tudor Jones Warns The Fed Is About To Lose Control by Tyler Durden at Zero Hedge on 3/1/18