The axiom that nobody ultimately wins in a trade war is not really true. While the participant countries all lose, gold investors win. The US dollar definitely loses. And what is bad for the US dollar is almost invariably good for the gold price.

Price for gold bullion will soar to the highest level in nearly half a decade if global trade tensions escalate, says the head of Sprott US Holdings Rick Rule, a long-time resource securities investor.

Gold may reach $1,400 per ounce as early as this year, as the unfolding trade war between Beijing and Washington inevitably drives investors to traditional safe havens, dragging down the three-decade bull market in bonds, according to the analyst. 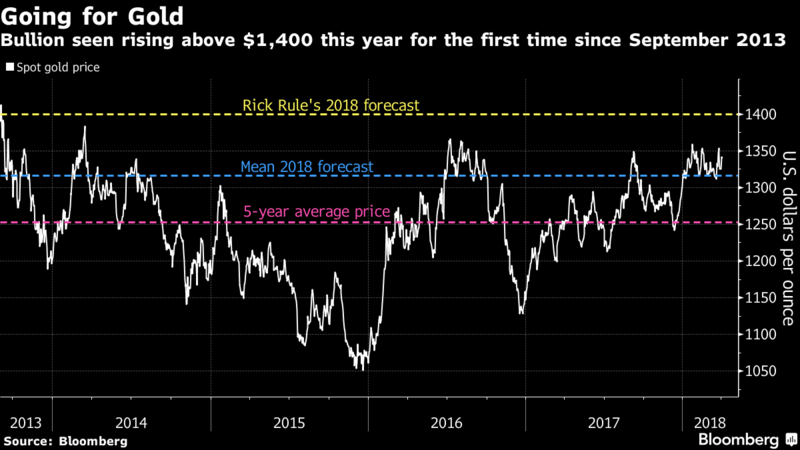 The increasing conflict could reportedly curb demand for US assets amid a growing budget deficit and dollar vulnerability if investors avoid buying the US debt.

“In the 40 years I’ve been involved in the gold market, the most important determinant of the gold price has been international confidence in the US dollar and in particular, the US dollar as expressed by the US 10-year Treasury,” Rule told the agency.

“The fact that the US seems to be bound to engage in a zero-sum trade war has begun to strike people as something that’s bad for everybody in the world, not just the US. The potential for a winnerless trade war certainly gives cause to some concern,” the analyst added.