If you had $1 billion to spend on safe real estate assets, where would you look to buy?

For many funds, financial institutions, and wealthy individuals, the perception is that the world’s financial centers are the places to be. After all, world-class cities like New York, London, and Hong Kong will never go out of style, and their extremely robust and high-density city centers limit the supply of quality assets to buy.

But what happens when too many people pile into a “safe” asset?

According to UBS, certain cities have seen prices rise at rates that are potentially not sustainable – and eight of these financial centers are at risk of having real estate bubbles that could eventually deflate. 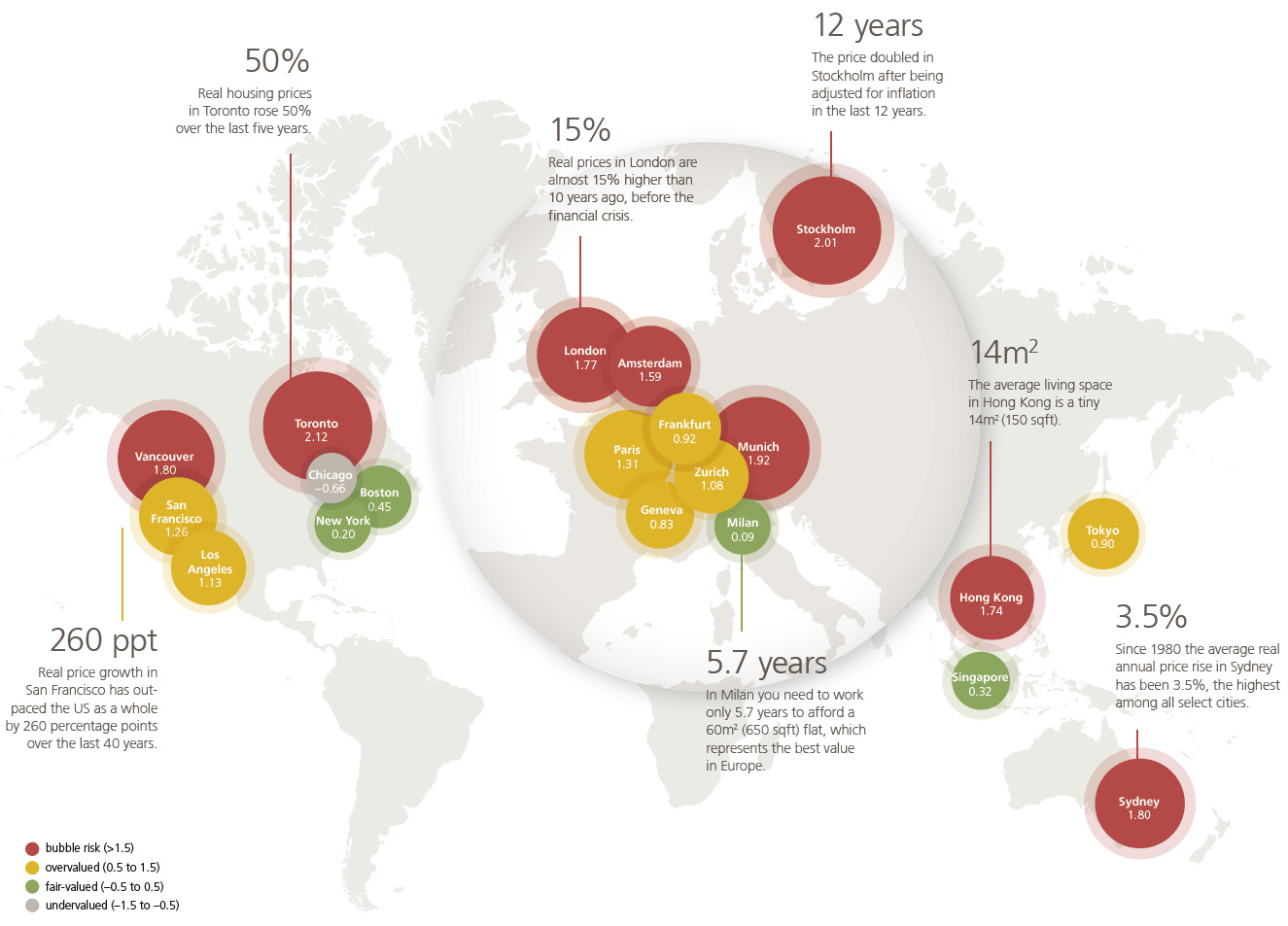 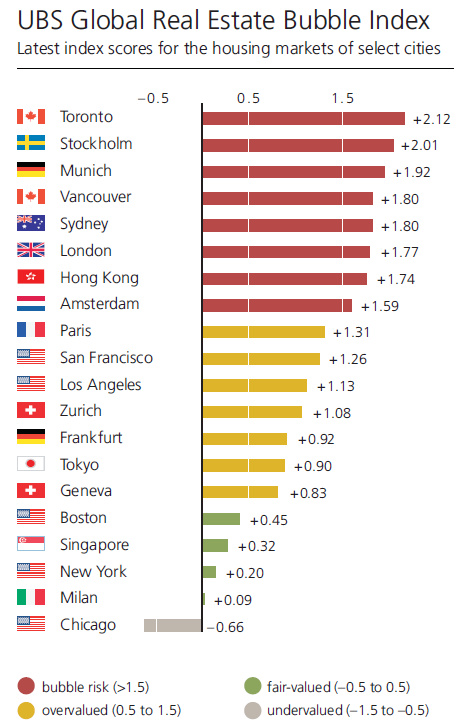 The bank highlights Toronto as the biggest potential bubble risk, noting that real prices have doubled over 13 years, while real rents and real income have only increased 5% and 10% respectively.

However, the largest city in Canada was certainly not the only global financial center with real estate appreciating at rapid rates in the last year.

Annual increases at a 10% clip would lead to the doubling of prices every seven years, something the bank says is unsustainable. 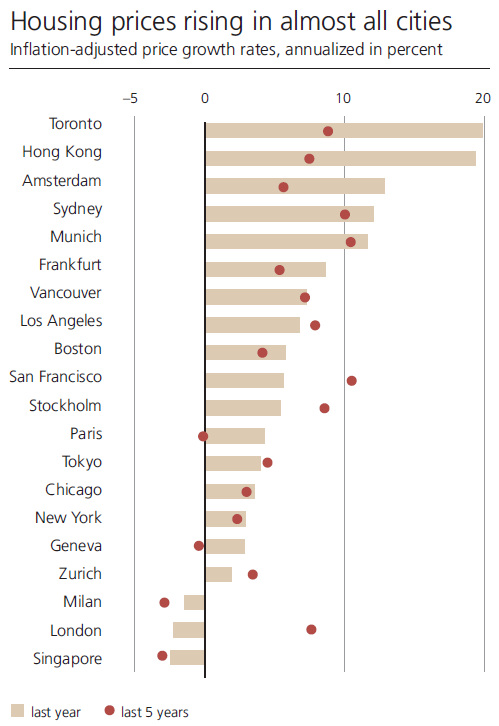 In the last year, there were three key markets where prices did not rise: London, Milan, and Singapore.

London is particularly notable, since it holds more millionaires than any other city in the world and is rated as the #1 financial center globally.