It is not surprising to hear Mario Draghi making noises about the economy not being as strong as he would prefer to see it.

In the past few weeks we have reported on the economic weakness in Europe. The Citi Economic Surprise index for Europe is extremely negative showing reports are missing economists’ expectations.

The ECB’s Mario Draghi responded to this recent weakness by stating growth may have peaked for the cycle. This is a reasonable assessment, but it’s more than an economic forecast. Every statement by central bankers has monetary policy implications. 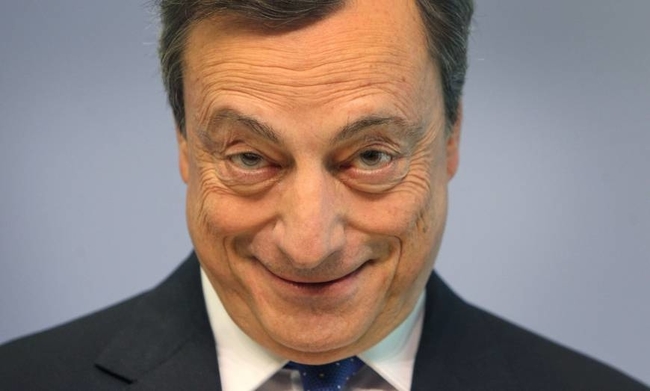 This could mean more dovish policy. This is an interesting predicament because the ECB has interest rates in the negatives and QE hasn’t even ended yet. The ECB will wait until July to decide the fate of QE.

Policy is still extremely dovish with the goal of normalization in the next few years. Peak growth at the beginning of this process is a disaster. The biggest problem is normalization has gone too slow.

It would be interesting to see what policy would be put in place if Europe were to fall into a recession in 2019.

The stock market is acting very unusually because the S&P 500 has been range bound while the earnings growth in Q1 is in the high teens as we mentioned in Are Markets Priced For Perfection?. Even though much of these gains were already priced in as investors have expected the tax cut to help earnings for a while, the blended sales growth of 7.6% normally would be good enough to push up stocks.

The best answer for why stocks haven’t done well is disappointing economic growth and a hawkish Fed. Economic growth will be positive, but it will decelerate which is a problem. The real GDP growth was 2.9% in Q4 2017 and the consensus estimate for Q1 growth is 2%.

ORIGINAL SOURCE: The Market Is Controlling Central Bank Policy at UPFINA on 4/23/18