The Parts Are Greater Than the Whole: The Lie of Overall Inflation

Here’s a snapshot of that broadest-of-the-broad statistic, overall inflation rate, from 2000 to 2018:

But what does that number really mean? How does it really apply to your life? Do you have a dependent in college this year, in a market where tuition has risen 160% since 2000? Is *your* inflation rate really 43% since 2000? 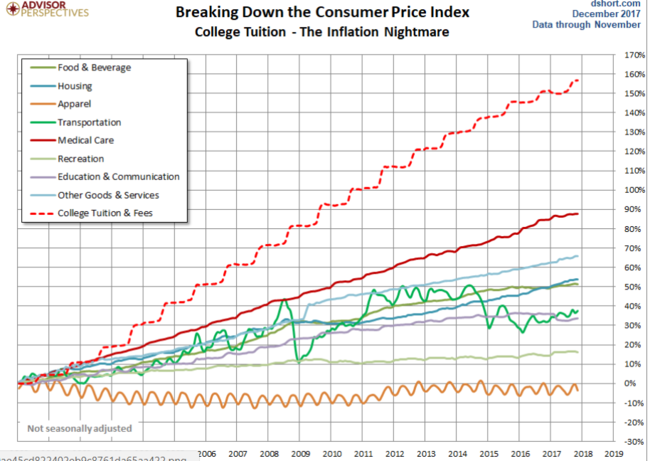 Remember this the next time you hear someone making sweeping conclusions about the economy’s overall health, often being made on the basis of a supposedly benign and under-control overall inflation rate.