Trump to Appoint Most Fed Board Members Since Woodrow Wilson

It’s been 100 years since an American president appointed this many board members to the Fed.

Donald Trump’s financial fingerprints will remain on the US government for a long time regardless of how long he remains in office. Fed members serve a 14-year term once appointed.

The zero-interest-rate and bond-buying central bank policies prevailing in the U.S., Europe, and Japan have been part of a coordinated effort that has plastered over potential financial instability in the largest countries and in private banks. It has, in turn, created asset bubbles that could explode into an even greater crisis the next time around.

So, today, we stand near -- how near we don’t yet know -- the edge of a dangerous financial precipice. The risks posed by the largest of the private banks still exist, only now they’re even bigger than they were in 2007-2008 and operating in an arena of even more debt. 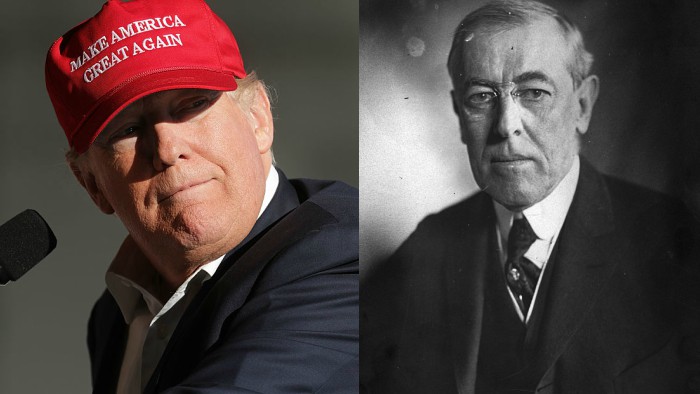 In Donald Trump’s America, what this means is that the same dangerous policies are still being promoted today. The difference now is that the president is appointing members to the Fed who will only increase the danger of those risks for years to come.

A crash could prove to be President Trump’s worst legacy. Not only is he -- and the Fed he’s helping to create -- not paying attention to the alarm bells (ignored by the last iteration of the Fed as well), but he’s ensured that none of his appointees will either.

After campaigning hard against the ills of global finance in the 2016 election campaign and promising a modern era Glass-Steagall Act to separate bank deposits from the more speculative activities on Wall Street, Trump's policy reversals and appointees leave our economy more exposed than ever.

When politicians and regulators are asleep at the wheel, it’s the rest of us who will suffer sooner or later. Because of the collusion that’s gone on and continues to go on among the world’s main central banks, that problem is now an international one.

ORIGINAL SOURCE: The Next Crash: Making the Fed an Instrument for Disaster by Nomi Prins at Nomi Prins on 4/27/18