Anyone thinking China is simply going to admit defeat in the brewing trade war wildly underestimates the importance of saving face in China.

Xi and friends will do absolutely anything before capitulating. And given how little they import from the US compared to what they export to it, there is no way for them to win a tit-for-tat trade war.

While an out-and-out US treasury dumping may be akin to cutting off their nose to spite their face, a shock Yuan devaluation is a weapon China is more likely to deploy.

China cannot impose as many tariffs as Trump because they don’t buy as much from us as we buy from them.

China cannot dump Treasuries because there are plenty of buyers and the president could stop the dumping by freezing China’s accounts if things got out of hand in the Treasury market. But China could use a real nuclear option to counteract the trade war by fighting a currency war. 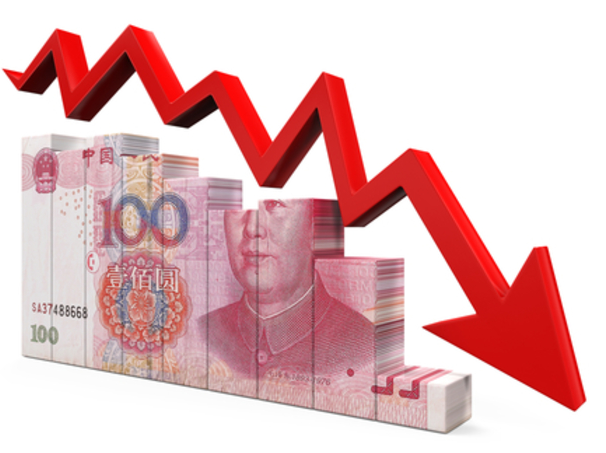 If Trump imposes 25% tariffs on Chinese goods, China could simply devalue their currency by 25%. That would make Chinese goods cheaper for U.S. buyers by the same amount as the tariff.

The net effect on price would be unchanged and Americans could keep buying Chinese goods at the same price in dollars.

The impact of such a massive devaluation would not be limited to the trade war. A cheaper yuan exports deflation from China to the U.S. and makes it harder for the Fed to meet its inflation target.

Also, the last two times China tried to devalue its currency, August 2015 and December 2015, U.S. stock markets crashed by over 11% in a matter of a few weeks.

So, if the trade war escalates as I expect, don’t worry about China dumping Treasuries or imposing tariffs. Watch the currency. That’s where China will strike back. When they do, U.S. stock markets will be the first victims.

ORIGINAL SOURCE: China Doesn’t Have a “Nuclear Option” by James Rickards at Daily Reckoning on 4/17/18