The oil that keeps the US economic engine revving is the assumption that foreign buyers will supply a limitless bid for however many treasury bonds we print. A basic standard operating procedure that gets little press and never seems to change all that much.

But it is changing. Foreign demand for US debt is declining, and it couldn’t happen at a worse time.

The United States borrowed $488 billion in the first quarter of 2018 – a record high for this period. That’s only from January through March. At this rate – over a full year – that’s $2 trillion in more debt.

And don’t forget that interest payments due to service the U.S. National Debt is hitting new record highs. One thing is for certain – borrowing is going to keep increasing. 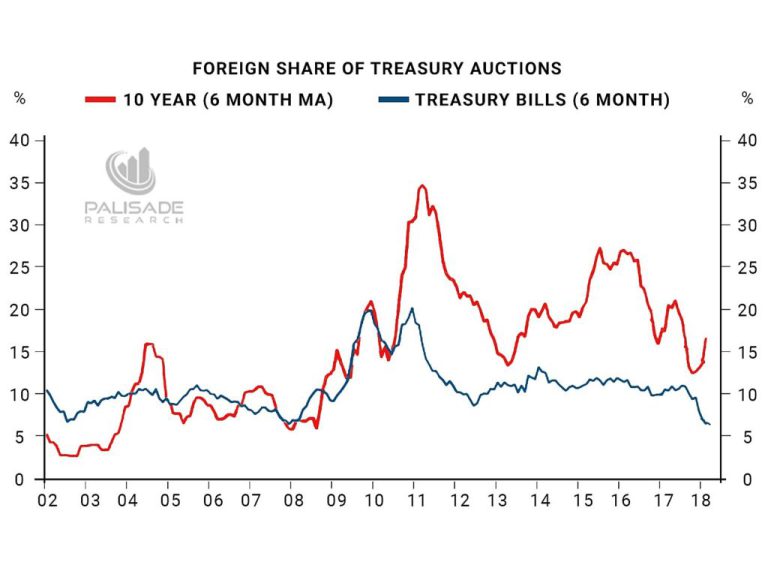 “Tax and spending measures approved by Congress and President Donald Trump are expected to push the budget gap to $804 billion in the current fiscal year, from $665 billion in fiscal 2017, and then surpass $1 trillion by 2020, according to the Congressional Budget Office.”

You might be asking yourself – like any sane individual – that this huge amount of borrowing is becoming unsustainable. And you’d be right to do so.

But how does U.S. Treasury Secretary Steve Mnuchin – the man who’s in-charge of the United States bank account – feel about this? Well, he’s not concerned at all about the rising debt or about the bond markets ability to absorb it all without sending interest rates soaring

“It’s a very large, robust market — it’s the most liquid market in the world [U.S. bond market], and there is a lot of supply,” he said in a Bloomberg TV interview on Monday. “But I think the market can easily handle it… I’m not concerned about that. I think that there are still a lot of buyers for U.S. Treasuries,” he said when asked about the risks of reduced demand for Treasuries and increased supply.”

So, is his unconcern of all this increasing debt – and his assumptions that others will eagerly keep funding U.S. – correct?