Ahead of the NY open, however, Trump tweeted a complaint about Draghi manipulating the euro:

Mario Draghi just announced more stimulus could come, which immediately dropped the Euro against the Dollar, making it unfairly easier for them to compete against the USA. They have been getting away with this             for years, along with China and others. Could cut rates again if inflation doesn’t reach its target…

Just after the NY equity opening, Trump tweeted he had conversation with Xi and confirmed they will meet at the upcoming G20, rekindling hopes for an end to the trade war:

Had a very good telephone conversation with President Xi of China. We will be having an extended meeting  next week at the G-20 in Japan. Our respective teams will begin talks prior to our meeting.

Later in the morning, a report that the White House had considered stripping Powell of his Chairman position, but would still keep him on the Board of Governors took some steam out of the equity rally (S&P +27 to 2915). The 10-year yield slipped back to 2.039%, and the DX fell briefly 97.51 before recovering to 97.70. Gold shot higher, again getting a boost through the key $1348 level to reach $1351.75, but then quickly retreated back to $1345.

Open interest was up 1k contracts, showing a small net of long liquidation from yesterday’s decline.  Volume was much lower with 246k contracts trading.

Bears were disappointed that gold finished with a gain today, given the firmer US dollar and strong equity rally.  While they concede gold’s strength overnight when stocks, the DX, and the US 10-year yield  were soft, they’re concerned with gold’s resilience when stocks and the dollar were thrust higher off of Draghi’s dovishness and the announcement of that Trump will indeed meet with Xi at the G20, rekindling hopes for a trade deal. However, bears note gold’s inability to close over the 6-year down trendline at $1348, and will remain patient.  Bears still see gold’s $88 rebound from its $1270 low on 5/21 to last Friday’s $1358 high as overextended, and its 14-day RSI (70.4) reads overbought.  While some bears acknowledge a growing concern over lower rates – both the in the long end (10-year at fresh 21-month low) and the short end (FedWatch predicting earlier Fed cuts), they feel that an imminent rate cut by the Fed is not in the cards (as Kaplan recently remarked, and as Goldman is forecasting the Fed to keep the funds rate unchanged this year), believe the market is a bit over its skis on rate cut predictions, and see the Fed’s predominant watchword “patience” as a double-edged sword.  They feel that the downward pressure on bond yields is also getting overdone, and a modest reversal should allow the recently oversold US dollar to continue to rebound against other currencies, as they feel the dollar still remains the “cleanest dirty shirt in the laundry basket”, with the US as the sole global growth engine. Recent soft data for both Germany and the Eurozone that drove the German 10-year yield further into negative territory over the past month (record low bund yield again today of -0.325%) underscores this view.  While derailed recently over fears that US-China trade talks are on the rocks, bears maintain that a deal is in both sides’ best interests, and are optimistic that an agreement will be put in place (especially hopefull after today’s tweet from Trump) and continue to reverse the recent softness in equities.  They expect the rebound in US equities seen over the past 5 months to continue (S&P within 1.25% from its all-time high made on 5/1), putting further pressure on the yellow metal.  Bears expect gold’s rally to make a hasty retreat, and trip sell stops below the previous resistance levels – especially below $1320 (double bottom 6/4 and 6/11 lows) and $1312 (50% retracement of up move from 5/2 $1266 low to $6/14 $1358 high). 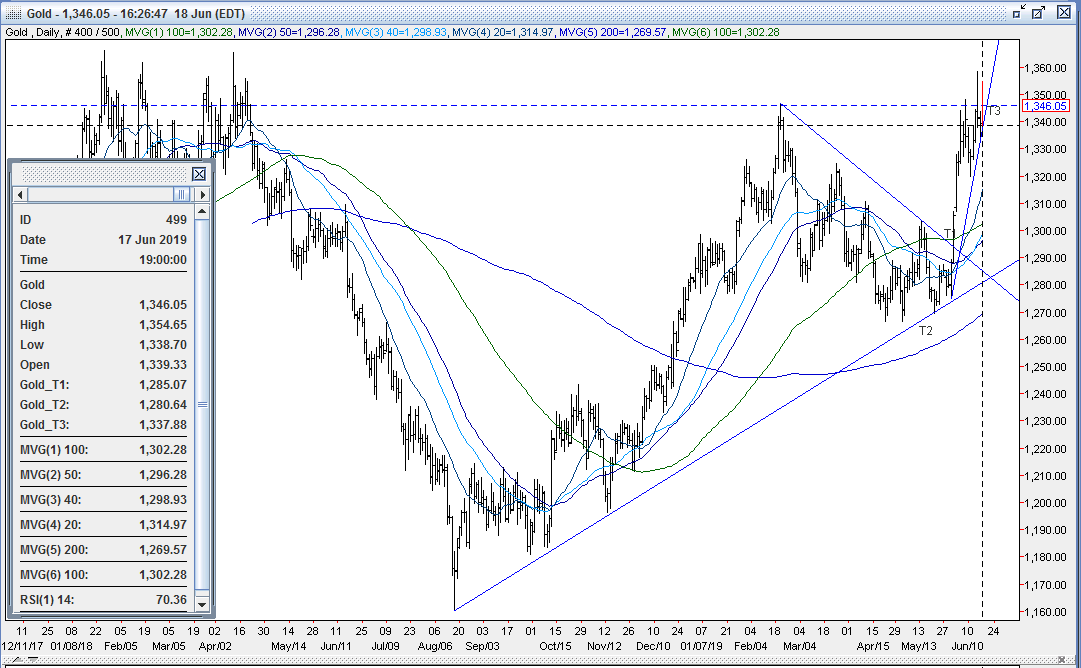 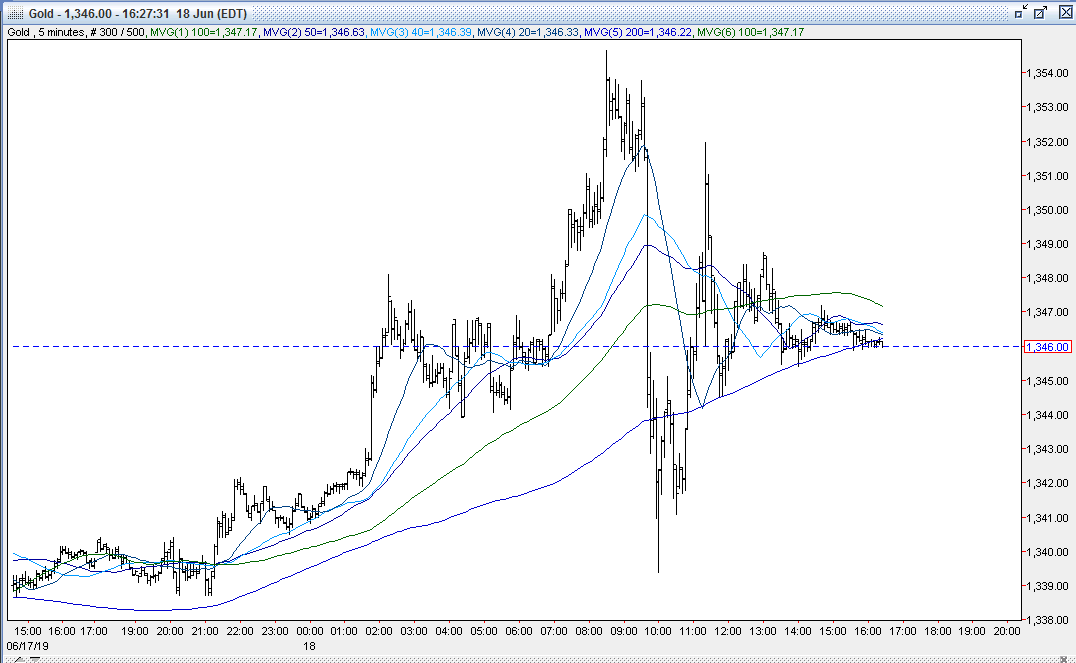 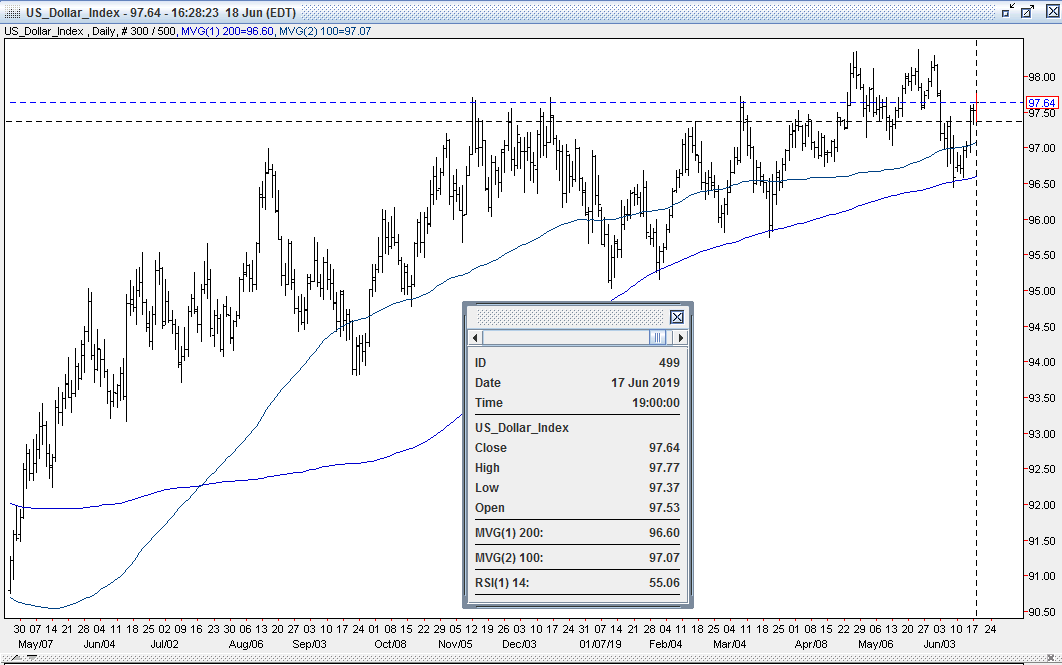 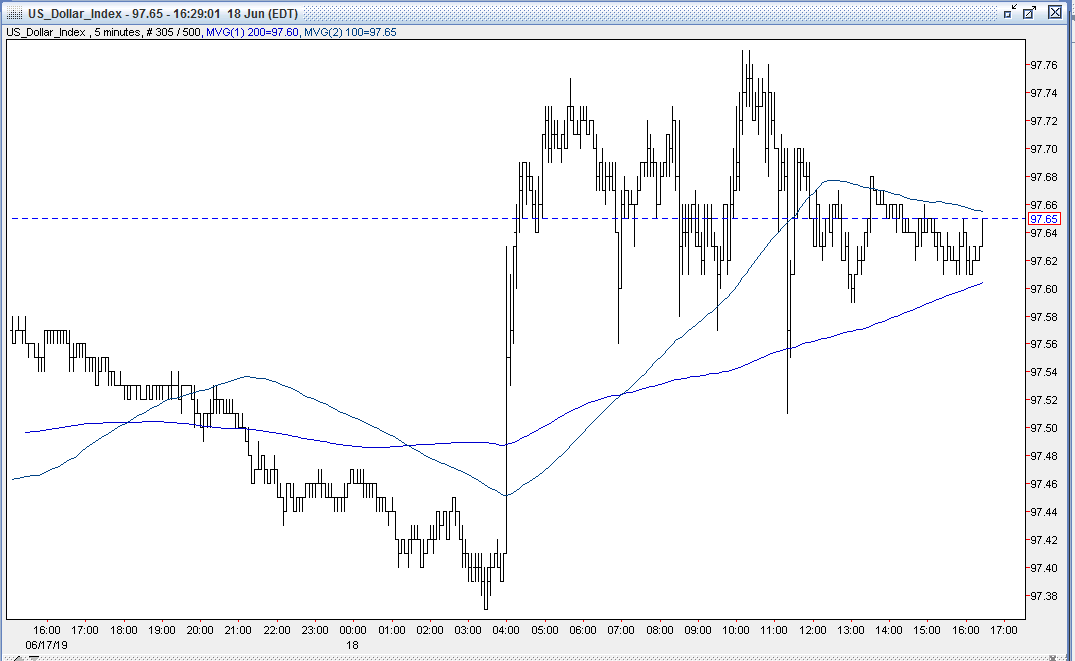 Lenders Struggle to Recoup Losses After Us Corporate Debt Defaults