Greenspan: Investment in Gold Now Is the Ultimate Insurance

Over 50 years ago Alan Greenspan then under the wing of Ayn Rand penned his "Gold and Economic Freedom" piece explaining the importance of gold. Today In a recent interview with Gold Investor magazine, Greenspan is now coming out once again championing the historical gold standard.

"Significant increases in inflation will ultimately increase the price of gold. Investment in gold now is insurance." 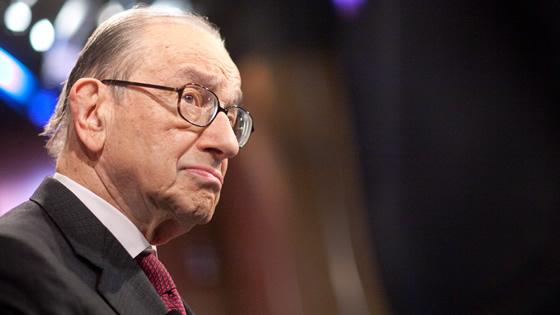 Dr Alan Greenspan on stagflation, indebtedness, despair and the role of gold

Here are some excerpts:

The gold standard was operating at its peak in the late 19th and early 20th centuries, a period of extraordinary global prosperity, characterised by firming productivity growth and very little inflation

I view gold as the primary global currency. It is the only currency, along with silver, that does not require a counterparty signature. Gold, however, has always been far more valuable per ounce than silver. No one refuses gold as payment to discharge an obligation. Credit instruments and fiat currency depend on the credit worthiness of a counterparty. Gold, along with silver, is one of the only currencies that has an intrinsic value. It has always been that way. No one questions its value, and it has always been a valuable commodity, first coined in Asia Minor in 600 BC.