How Foreign Borrowers Are All Effectively Short the US Dollar

Trying to unravel the various crosscurrents and conflicted goals of the current global financial system is difficult enough without adding in the inevitable variable, the unknowable black box, that foils any rigorous analysis.

It always ends up with the central banks. And because their owners, actions, and aims are all secret and ultimately unquantifiable, educated guesses are the best anyone can make. It’s appalling, indefensible, and the simple reality of it all, as Michael Lebovitz explores below.

Once you understand that the privately owned Fed control the US monetary system, you understand it essentially controls everything else. The behind-the-scenes power it can exert over any US elected official, including the president, is without limit, check, or balance.

It stands to reason that the owners of the Fed keep their true wealth elsewhere: Land, commodities, gold, silver…investments that represent true value, true wealth…that are not simply a form of debt that relies on some other entity to eventually pay them back. 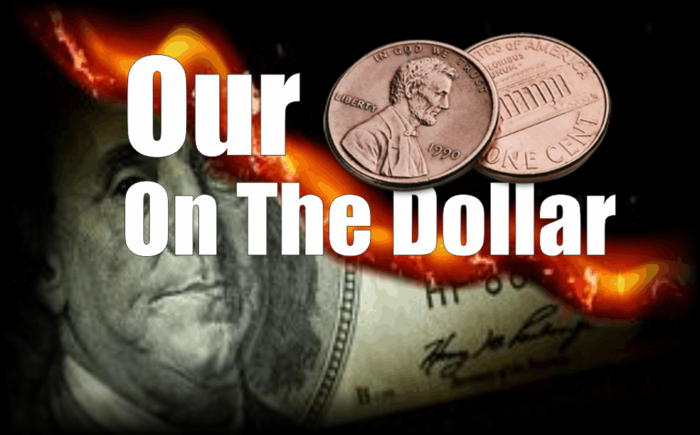 The question becomes how to tighten monetary policy while maintaining accommodative monetary conditions. Such a task seems nearly impossible until you consider the role of the U.S. dollar in foreign nations. Many foreign companies and some nations borrow in U.S. dollars. They effectively convert the dollars borrowed to their home currency, and when the debt matures they purchase dollars with their home currency to pay off the dollar-denominated debt.

It is quite possible that the central banks, notorious for intervening in currency markets, are tightening or threatening to tighten monetary policy while easing financial conditions behind the scenes via currency manipulation. It is likely the Trump administration is on board with such a plan, as it can help make American exports more affordable and thus provide further impetus for the U.S. stock market.

We also suspect that the Fed, given their desire to boost inflation, would not resist such a plan as a weaker dollar is inflationary as foreign goods become more expensive (often referred to as “imported inflation”).

ORIGINAL SOURCE: Our Two Cents on the Dollar by Michael Lebowitz at Real Investment Advice on 6/6/18