It’s the Entitlements: Runaway Unfunded Obligations Are the Problem

There are arguments to be made on both sides about increases in levels of defense spending. People feel strongly about government funding for every facet of its function.

But in a discussion of why we are in such a perilous debt mess, there is no debate to be had. Social Security and Medicare. Period.

Our first chart (based on Table 8.2 from the Office of Management and Budget’s Historical Tables) shows what has happened to major spending categories from 1962 to 2017. And all the data is in inflation-adjusted dollars (2009 benchmark) to accurately gauge how and why the burden of federal spending has grown. 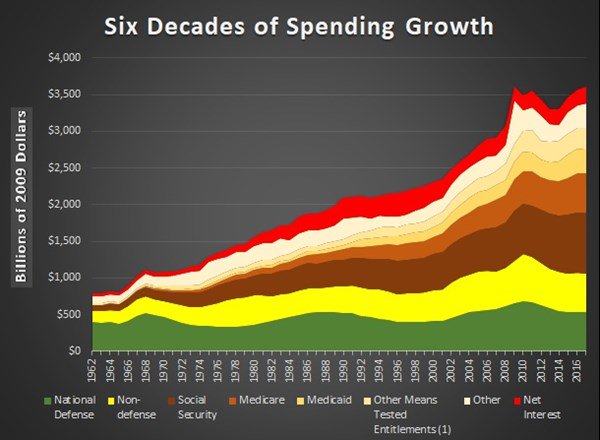 This next chart shows the actual percentage increases in the major spending categories during this time period.

The two big takeaways are that 1) the defense budget is not the cause of our long-run fiscal problems (though that doesn’t mean it should be exempt from cuts), and 2) entitlement expenditures have exploded. 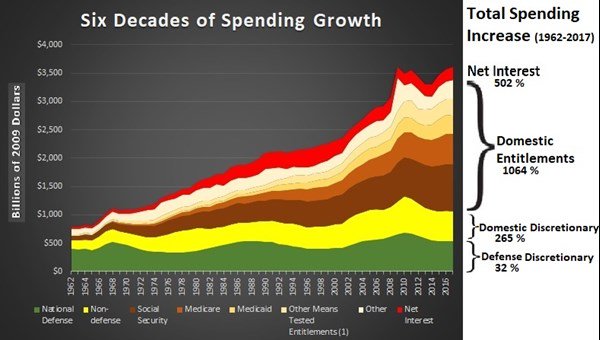 The most important thing to realize is that the only solution to our budget mess is genuine entitlement reform.

ORIGINAL SOURCE: Federal Spending: 5 Charts that Tell the Story by Daniel J. Mitchell at Foundation for Economic Education on 3/6/18