Over 17 Years, $21 Trillion in Unaccounted-For Spending at the Pentagon

Deep in the swamp murk of Washington spending exists the Pentagon.

Who, pray tell, is going to hold the Pentagon’s feet to the fire when it comes to fiscal responsibility? While it’s technically the job of Congress, it hardly comes as a surprise that the Department of Defense has nothing to fear from our legislative body. In less than 20 years, the Pentagon has spent more than the total current US GDP with no explanation.

A couple of years ago, Mark Skidmore, an economics professor, heard Catherine Austin Fitts, former assistant secretary in the Department of Housing and Urban Development, say that the Department of Defense Office of Inspector General had found $6.5 trillion worth of unaccounted-for spending in 2015.

Skidmore, being an economics professor, thought something like, “She means $6.5 billion. Not trillion. Because trillion would mean the Pentagon couldn’t account for more money than the gross domestic product of the whole United Kingdom. But still, $6.5 billion of unaccounted-for money is a crazy amount.” 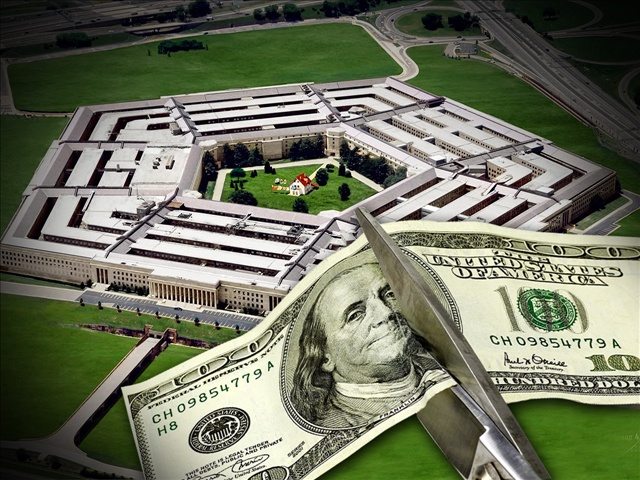 Skidmore did a little more digging. As Forbes reported in December 2017, “[He] and Catherine Austin Fitts … conducted a search of government websites and found similar reports dating back to 1998. While the documents are incomplete, original government sources indicate $21 trillion in unsupported adjustments have been reported for the Department of Defense and the Department of Housing and Urban Development for the years 1998-2015.”

the 21 trillion number comes from the Department of Defense Office of Inspector General—the OIG. Although, as Forbes pointed out, “after Mark Skidmore began inquiring about OIG-reported unsubstantiated adjustments, the OIG’s webpage, which documented, albeit in a highly incomplete manner, these unsupported “accounting adjustments,” was mysteriously taken down.”

The expenses with no explanation were 54 times the actual budget allotted by Congress. Well, it’s good to see Congress is doing 1/54th of its job of overseeing military spending (that’s actually more than I thought Congress was doing). This would seem to mean that 98 percent of every dollar spent by the Army in 2015 was unconstitutional.

ORIGINAL SOURCE: The Pentagon Can't Account for $21 Trillion (That's Not a Typo) by Lee Camp at Truthdig on 5/14/18