Silver to Outperform Gold This Year

With the current gold to silver ratio, now is an excellent time purchase silver as these buying windows don't often come around. Silver is one of the most undervalued commodities out there.

Silver “remains relatively cheap compared with gold,” with the gold-to-silver ratio at about 80, versus a historical average of 60. A weaker dollar will translate into “upward pressure on gold and, eventually, as this trend becomes apparent, greater gains for silver.

Demand will also play a big part in silver’s climb.

A report from the Silver Institute released in January shows that demand for the white metal from industrial applications is the largest component for silver offtake, representing 60% last year, and it’s expected to continue to grow this year. Worldwide silver demand for photovoltaic applications, particularly in solar panels, reached an estimated 92 million ounces in 2017.

“We expect the growth to continue this year and set another record for silver demand, driven by large-scale solar capacity additions and continued strong demand uptake from individual households, particularly in China,” the report says.

Analysts also point out that the gold-to-silver price ratio, which measures the amount of silver ounces that can be exchanged for one ounce of gold, is historically high, suggesting a bargain in silver. 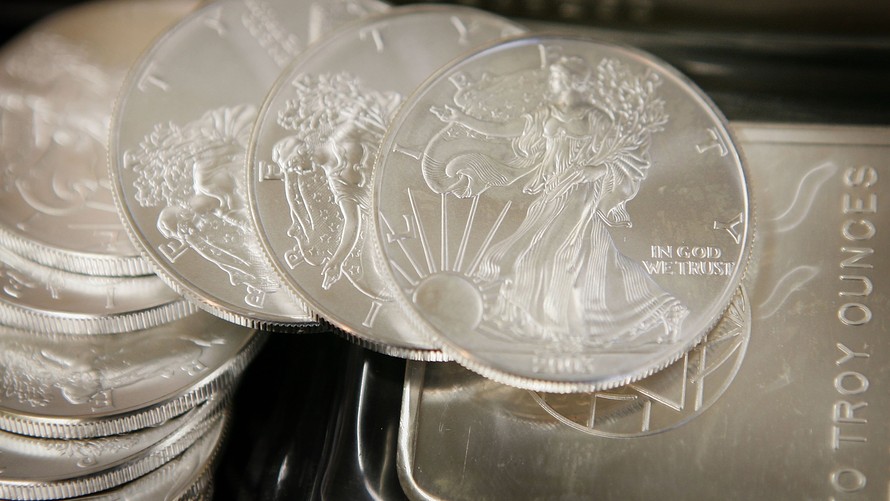 ORIGINAL SOURCE: Silver’s poised to outpace gold this year by Myra P. Saefong of marketwatch.com on 3/5/18