Tariffs Are a Drop in the Bucket vs. the Coming Inflationary Flood

Let’s say that you live below sea level, in an area prone to flooding. In fact, every time it rains heavily for more than an hour or so, built-in drainage systems get overwhelmed and and water starts backing up.

What causes inflation? I’m talking about inflation as it is commonly defined, the rising of prices across the board. Price inflation. It is a direct result of the rapid addition of currency to a system that is incapable of absorbing it, period.

The issuance of this currency is the actual definition of classical inflation, and its cause-and-effect mechanics are straightforward. When you print additional fiat currency that is backed by nothing of real value, there is more of that currency to buy the finite goods and services available in a country.

The net result will always be price inflation. More available currency means more money to be used to buy things, and as the competition for the limited suite of things can be bought with this currency increases, bidding wars ensue. These bidding wars are commonly referred to as inflation.

They are inevitable in this system, and they are the reason the Fed must claim to want consistent 2% inflation. They know it is inevitable anyway as they continue to print currency, and maintaining the illusion they are in control of a sustainable system is what their public communiques are all about.

Another malignant effect of monetary inflation is the ever-widening wealth gap (as the newly created currency is directly shunted to big banks and corporations, bloating risk-asset prices and further enriching the richest Americans). Corporations use this gift of ZIRP debt to buy their own stock (while executives sell their personal holdings, effectively routing the government’s printing press cash straight into their own pockets).

Tariffs, as non-sensical and pointlessly destructive as they are, are a minor sidelight, a dripping faucet that presages the coming flood of the century. 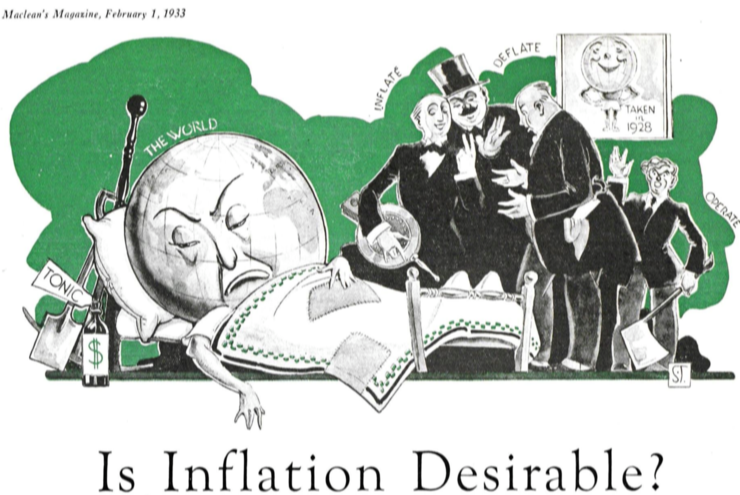 The Economist concludes “Rising tariffs are the worst of many threats to the world economy”, because, among other things, “Tariffs temporarily push up inflation, making it harder for central banks to cushion the blow.” This statement displays a deeply entrenched confusion—if not utter misunderstanding—of some basic economic concepts. Most important, many people fail to correctly distinguish between the causes and effects of price inflation and those of monetary inflation.

The new money being created through credit expansion reaches stock markets and businesses—thus artificially reducing the interest rate. This latter effect explains the occurrence of production booms misaligned with consumer preferences, and the later, inevitable economic bust or crash.

It would be remarkably futile, then, to endeavor to cushion the blow of trade tariffs with loose monetary policy. The worst thing, by far, for a world economy of interconnected financial and capital markets, is monetary inflation and credit expansion. It is never a cure, and always a curse.