GoldSilver’s Senior Precious Metals Analyst Jeff Clark gets all sorts of questions from our customers and others curious about the unique world of precious metals investment. Jeff, having grown up in an active precious metals mining family and as a lifelong precious metals investor, is uniquely qualified to provide answers born of his experience and decades of industry study.

Today brings us Volume 4 of The Jeff Clark Mailbag, an ongoing series that will feature some of the most frequently asked and interesting inquiries Jeff has received, along with his answers.

Every Mailbag will always include just one thing: real, unsolicited questions from real people and Jeff’s honest answers to those questions.

What is the best secure place to store gold bars?

Probably a non-bank vault that has a high degree of liquidity.

A bank safe deposit box is safe but has low liquidity—what if you need the gold over the weekend? Or there’s some sort of banking “holiday” where they’re temporarily closed (this happened to a few banks during 9/11)? And you still have to take the gold somewhere to sell it.

Hiding places at home can work, and home safes, but my Dad had a friend who was forced at gunpoint to open his safe. If absolutely nobody knows or even has an inkling you might have valuables in the house that might work, but I personally don’t like the risk. I personally want both high safety and high liquidity.

Here’s my true story of gold getting stolen out of my house, and what I decided to do instead: Robbed for My Gold: Learn From My Mistakes.

In an uncertain economic context, will gold make a strong comeback in 2019?

I’m personally betting on it. For several reasons…

First, the stock market is overvalued (some would say in a bubble), and gold is inversely correlated to stocks: 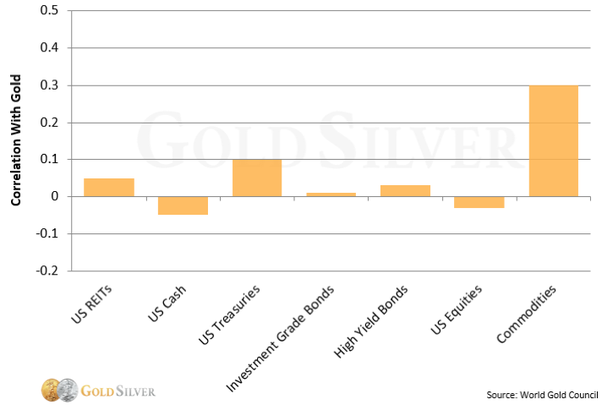 [Source: The Effect of a Stock Market Collapse on Silver & Gold ]

And that’s what’s happened most of the time during the S&P’s biggest selloffs: 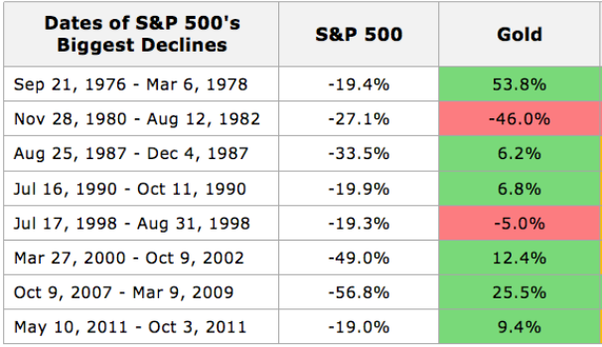 Gold also does well in a recession, whether the next one comes this year or next: 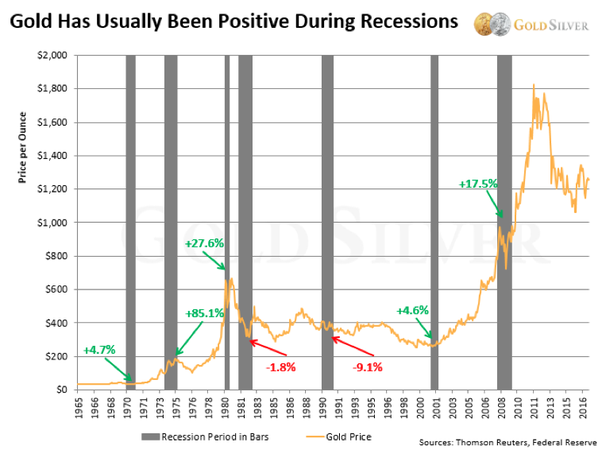 [Source: Gold in a Recession: Better Than Many Investors Assume [Chart] ]

Last, the gold price is undervalued. If we used the same formula to calculate inflation that was used in 1980—in other words, without the government constantly tinkering with it—the current gold price is near all-time lows: 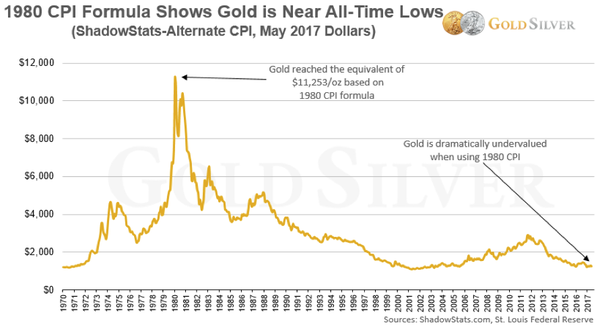 So not only has gold historically risen during periods of economic uncertainty, it’s undervalued to boot.

Why aren't the precious metals considered a good investment for the long term?

Who says they aren’t? Until recently everyone has been talking about how good the stock market has been, but look what the best performing asset has been over the past 20 years: 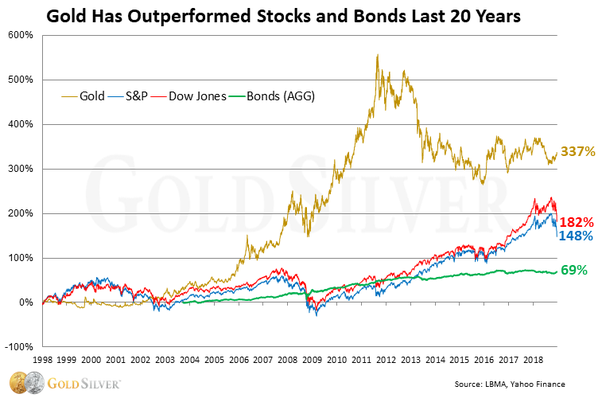 And this 40-year study shows that pension funds have stronger performance and lower volatility when they have 5% exposure to gold. 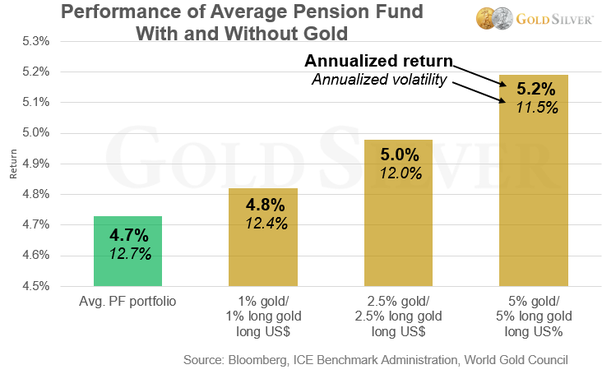 On top of this, there are a lot of compelling reasons to buy gold NOW—here’s a fun video series on that topic:

Which is a better investment today, short term bonds or gold?

Why does it have to be either/or? Both have advantages and both have drawbacks. But the current environment gives us some hints about what is the better investment today…

First, bonds have been in a bull market for something like 37 years; that trend won’t last forever. Second, yes, bonds pay a little bit of interest, but rates are so low that the total interest on a $10,000 investment in a 30-year treasury bond at current yields would return you approximately $9,840. That’s not even a double on your investment after three decades. And it definitely wouldn’t keep up with inflation.

Gold, on the other hand, doesn’t pay anything, but first, it is a full third below its 2011 peak and thus undervalued. And second, it is much more likely to keep up with high or spiking inflation than a Treasury bond (TIPS can keep up with low inflation but historically don’t with surging inflation). And gold is the ultimate crisis hedge, a hard asset product you can hold in your hand that has zero counterparty risk, something no bond can claim.

Here’s more on why I personally favor gold over bonds today: Three Reasons You Must Replace Some of Your Bonds with Gold and Silver