Gold and silver market moving news, curated from the best of GoldSilver's team and around the web. Check back often for updates, or subscribe to get the highlights in your inbox. 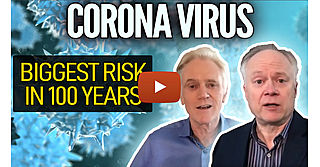 "This is the most serious pandemic risk that we've seen, not since SARS...but I think since the Spanish Flu outbreak in 1919." - Dr Chris Martenson. Join Mike Maloney as he investigates the potential for the coronavirus outbreak to become a full-blown pandemic. 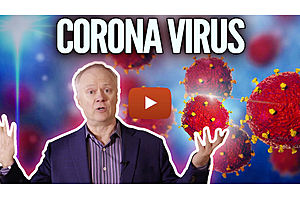 "May you live in interesting times."It's a famous curse, supposedly of Chinese origin. And it seems nearly as apt today as when it first came to the attention of the Western mainstream in the 1930s.First quoted in print to a British politician, a much less famous Chamberlain named Austen, in 1936 the saying was quickly repeated again and again throughout the mid- to late-30s in media and speeches to sum up a tumultuous period which we all know now would capstone with WWII. 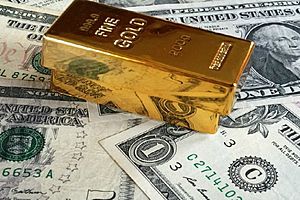 US Dollar and Gold in Tandem

Hard assets like gold are therefore generally sought as investors are hedging against poor fundamentals and the long-term headwinds. 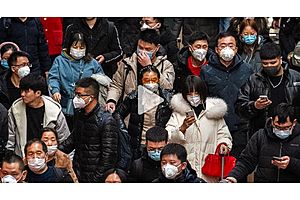 Gold is now up more than 20% in the past year, and trading near $1,600 an ounce, its highest level since 2013. Other precious metals, such as silver and platinum, have rallied too. 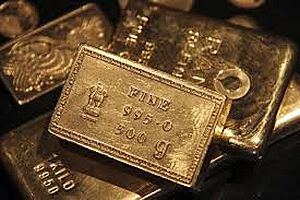 Both bullion and futures of the yellow metal breached the key $1,580 per ounce resistance on Monday before consolidating gains, although analysts said the $1,600 target seemed well within the market’s reach. 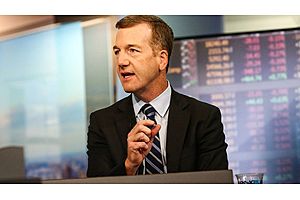 The First Stock Market ‘Correction Since October Has Begun’ 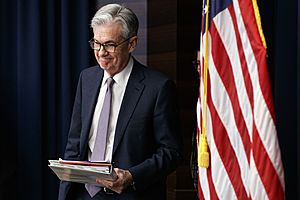 Central banks in Europe and Japan are confronting similar challenges. Christine Lagarde, president of the European Central Bank, said last week that the ECB would also launch its own policy review this year. 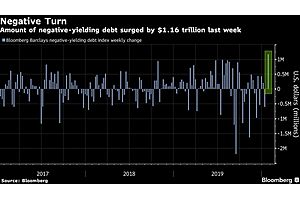 The global rush for safer assets has fueled a huge jump in the world’s stockpile of negative-yielding bonds, snapping months of decline in the value of subzero debt.The pool of securities with a yield below zero surged by $1.16 trillion last week... 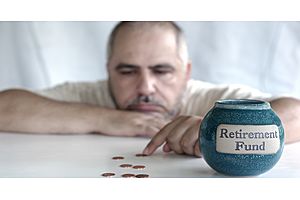 How screwed up the pension system is: Sovereign Man

Late last year, the investment management giant Morningstar published a report concluding that most people can either save money for retirement, or save money for their kids’ education… but NOT both. 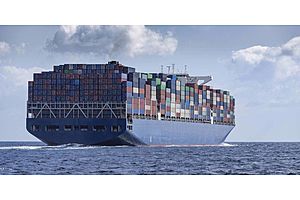 A Global Economy Without a Cushion: Stephen S. Roach

From 1990 to 2008, annual growth in world trade was fully 82% faster than world GDP growth. Now, however, reflecting the unusually sharp post-crisis slowdown in global trade growth, this cushion has shrunk dramatically, to just 13% over the 2010-19 period, leaving the world economy more vulnerable to all-too-frequent shocks. 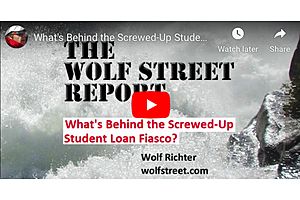 The Wolf Street Report: What’s Behind the Student Loan Fiasco?

Student enrollment has dropped 11% since 2011 while student-loan balances have surged 74%. Why? 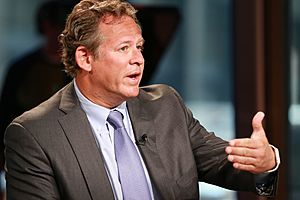 BlackRock has boosted its holdings at the long end of the Treasury curve and expects yields to go even lower in a flight-to-quality trade. 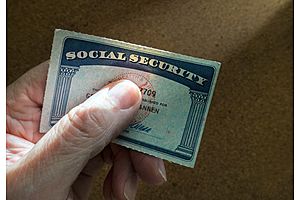 3 Reasons Social Security Is Headed for a Worst-Case Scenario

Social Security is already facing a $13.9 trillion cash shortfall through 2093, but it could get a whole lot worse. 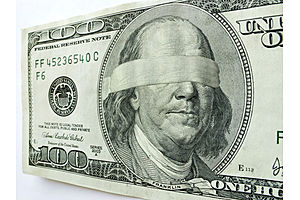 Central banks know financial crisis is just over the horizon and they will need to print inhuman amounts of money to paper it all over. 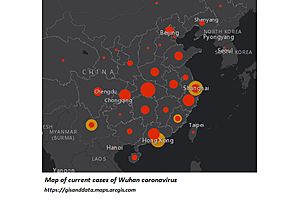 Is the Market Underestimating the Potential Impact of the Coronavirus?

The potential for a consequential disruption in China's supply chains appears to be vastly under-appreciated. 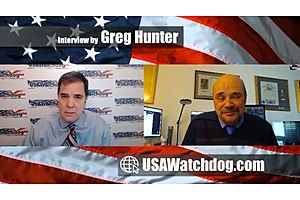 Martin Armstrong: “The Fed is trapped. If it stops (injecting money into the repo market by billions of dollars daily), interest rates will rise.” 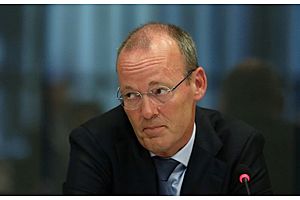 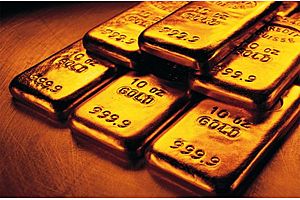 Could We Be Heading Back Towards A Gold Standard?

" Given that central banks today are the world’s biggest currency manipulators, it’s imperative that the next chairman prioritize the integrity of the dollar..." 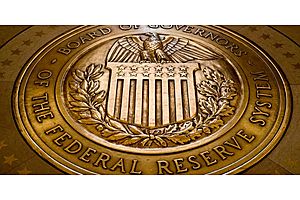 Concerns about low inflation should keep the Fed on hold for a prolonged period, removing a major uncertainty for ebullient investors. 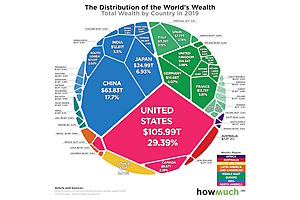 All the World’s Wealth in One Visual

Americans control almost 30% of the entire world’s wealth. Other countries aren’t that far behind anymore, and when measured collectively, Asia already boasts a higher total. That’s according to a new global wealth report from Credit Suisse. 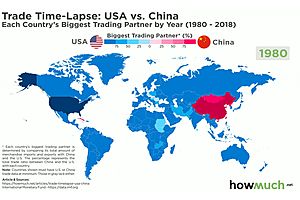 By comparing the U.S. and China’s biggest trade partners between 1980 and 2018, we can see how international relations have changed over the years and how these two superpowers have shaped the world economy.