That’s a 6,767% total gain. Impressive, sure, but that’s over a long time, almost 150 years. How has an investment with gold kept pace with inflation?

According to the Bureau of Labor Statistics consumer price index, the dollar experienced an average inflation rate of 1.99% per year between 1870 and 2018. Prices in 2018 are 1,750% higher than prices were in 1870. Which means the gold price has outpaced inflation by almost 300%.

What about if you hadn’t bought gold back then and kept your money in dollars? $1 that was saved in 1870 is worth about a nickel now. Inflation has so completely destroyed the value of a dollar that an investment in the US dollar in 1870 has lost 95% its purchasing power, over the past 148 years. Again, versus gold, the purchasing power of which has grown by almost 300%

So imagine you’re a construction worker and you come across a long-forgotten investment that was stashed away in the wall of an old house in 1870. Do you hope to find actual dollars or the gold that had been purchased with that amount of 1870 dollars at the time? Effectively, the question asks “Would you rather find a nickel or would you rather find $4.00?”

Gold, throughout the history of mankind, impervious as it is to dilution or the will of man to create more out of thin air, has been a phenomenal investment. Given the unprecedented rate at which the US government is screaming into an un-repayable debt abyss, complicit with the dollar-diluting, currency-value-destroying Fed, even wagering $4.00 on the nickel that gold will continue to obliterate future fiat currency returns is a wise, time-tested bet. 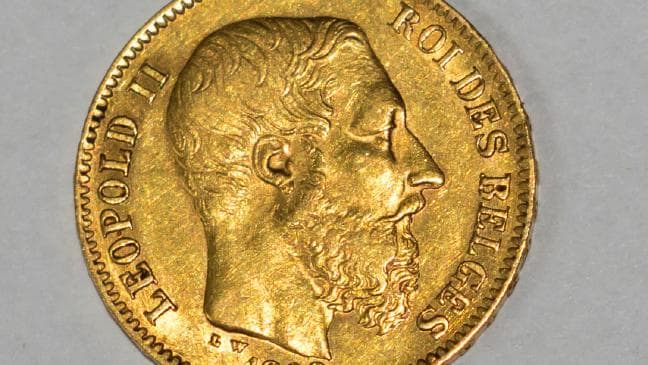 WORKERS have made an unexpected discovery when demolishing an uninhabited house in France — 600 gold coins.

A paramilitary police officer said the workers discovered the coins in the cellar after rattling a mysterious, shell-shaped container.

They were Belgian, dated 1870, and bore the face of the then-reigning king of Belgium, Leopold II.

The gendarmerie said the treasure found in Brittany, a region in northwest France, has since been put under lock and key until they uncover more information about its origin.

ORIGINAL SOURCE: Gold coins worth $155,000 discovered in abandoned house by Shireen Khalil at news.com.au on 6/12/18