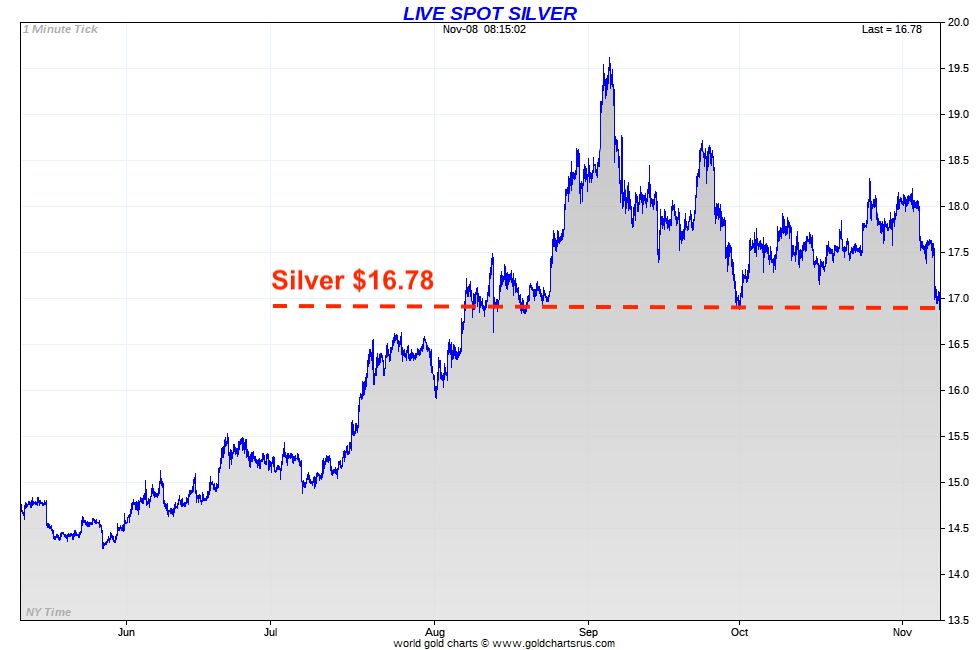 Precious metals just enjoyed a heady 3 months in the limelight.

Gold and silver were a “hot trade”… featured on CNBC... and the front-pages of financial sites around the world.

Your neighbors or co-workers may have even started to take notice.

But now the market is cooling. Wall Street appears to be brushing aside metals and once again piling into stocks.

Do you think they are right? Have the catalysts for metals disappeared?

The world’s most powerful central bank is doing massive interventions to stoke buying of paper assets and encourage risk.

And despite some positive headlines on the trade war, the geopolitical landscape is almost just as shaky as it was when gold touched 6-year highs in September.

In fact, there’s almost as many reasons to own metals today as there was a few months ago. Here are five just to name a few:

And this is just scratching the surface…

The writing is on the wall. Paper assets can move on a whim and what they are truly worth is difficult to determine.

But gold and silver are eternal elements... stores of value that can strengthen portfolios over time.

Gold Prices Decline, but Tally a Rise for the Month: MW

Even Banks Join The Mockery: The Stimulus Is Neverending As Pandemic Goalposts Shift...

The Looming $21.3 Billion in Debt That Could Cost Americans Their Homes

Boomers Took On the Most Debt During Pandemic

We Have The First Trillion Dollar Reverse Repo

Krugman’s Delusion: The Difference Of Theory Versus Reality: Lance Roberts

Delays for Unemployment Benefits Persist, Over a Year Into Pandemic