When systems play out over the course of multiple centuries, the hard-won lessons learned by its forefathers tend to be completely forgotten a few generations hence.

Which enables the same mistakes that destroyed generations past to recycle themselves with ruthless efficiency. Failing to learn from history, and thereby being doomed to repeat it, is a most human characteristic, and as the US moves into the twilight of its “100-year spiral of wealth and influence,” here we are again.

Like other nations, the U.S. bent those rules in its own favor, both early and late. Like other nations, the natural way to take advantage was to run an overvalued currency, which draws in capital from all trading partners worldwide, creating a 100-year spiral of wealth and influence that seems truly endless. 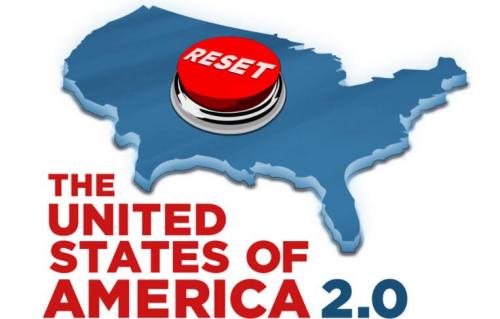 However math, the cruelest of Mother Nature’s laws, is not fooled. If you bend the rules to create market distortions, those distortions are indeed created. If there were fair trade, a gold standard, a nation that increases their wealth would find its currency rise.

A rising currency would dampen manufacturing and efficiency, the gold would flow back out, and the unfair advantage would be corrected. But only in a free market. Any market on Earth has an Army, and that Army’s job day and night is to make sure that unfair advantage does NOT end.

Mother Nature is never deterred. However long it takes, she waits. Lacking fair trade, an abnormally strong currency does the only other thing it can: destroy the Core nation’s industry, totally and completely.

More certain than a nuclear explosion, economics will not miss a single spot until the wrong is righted and the truth is out. At first the low-gain commodity industries go: mining, shipping, smelting; then their sooty kinsmen: heavy rail, ships, ports, transportation.

After that go the lighter industries: manufacturing, stamping, autos, and so on up to mainframes, silicon chips and phones, and with them, their children, manufacturing processes and R&D.

However, as London and NY showed, you can forestall currency correction even now by moving market distortions into services and financial engineering. At this point, however, the Core nation has nothing left but Banks, Universities, and the Government/Military, and no underlying economy to support them.

ORIGINAL SOURCE: America 2.0 by Raúl Ilargi Meijer at The Automatic Earth on 4/7/18