As Residents Flee, Broke New Jersey's Solution Is to "Tax Everything"

New Jersey has been at least tied for #1 on the list of US states seeing the highest percentage of movers leaving the state (vs. moving to it) for six consecutive years. This latest news should help cement its poll position and hasten the Garden State exodus to an even greater degree.

New Jersey's fiscal situation is so dire that new Governor Phil Murphy has proposed taxing online-room booking, ride-sharing, marijuana, e-cigarettes and Internet transactions along with raising taxes on millionaires and retail sales to fund a record $37.4 billion budget that would boost spending on schools, pensions and mass transit. 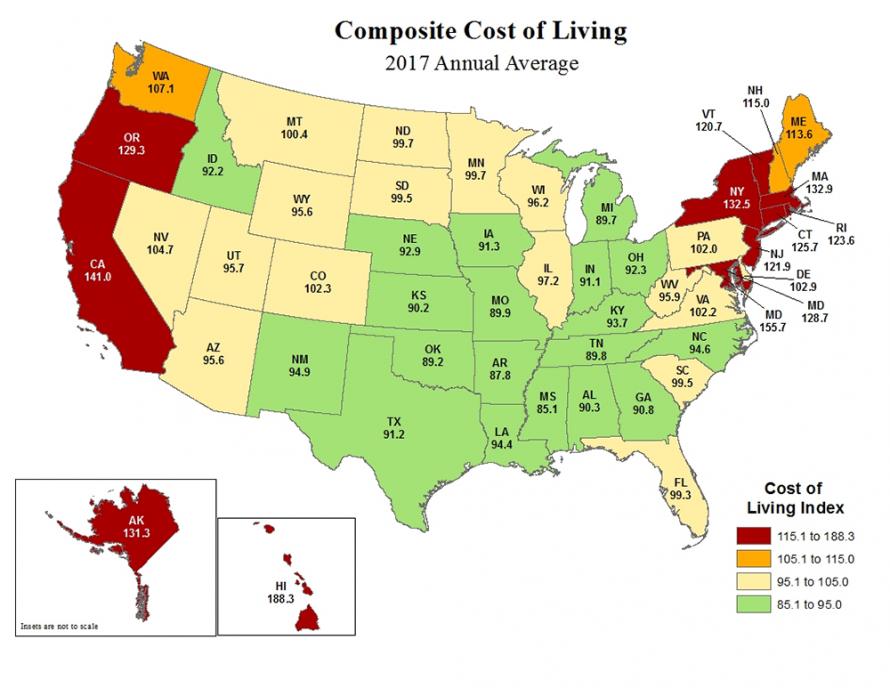 The proposal which is 4.2% higher than the current fiscal year’s, relies on a tax for the wealthiest that is so unpopular it not only has yet to be approved, but also lacks support from key Democrats in the legislature, let alone Republicans. It also reverses pledges from Murphy’s predecessor, Republican Chris Christie, to lower taxes in a state where living costs are already among the nation’s highest.

Murphy’s plan to raise the sales tax likely also will be a tough sell. The last two New Jersey governors to do so, Democrats Jon Corzine and James Florio, were ousted after one term.

In short, New Jersey's democrats can't even agree how to best fleece the rich, meanwhile the state careens ever faster toward financial disaster.

ORIGINAL SOURCE: New Jersey Prepares To Raise Taxes On "Almost Everything" As It Nears Financial Disaster by Tyler Durden at Zero Hedge on 3/14/18

Import/Export Prices Explode Higher In March, Hottest In A Decade