Bubbles and Bull Markets and Manias, Oh My! Why Gold & Silver Are Next

Are gold and silver really going to the heights Mike Maloney thinks they will?

Gold is one of the very few asset classes that has risen this year—but the price is still a far cry from the $5,000 to $10,000 levels he’s mentioned. Silver is worse; not only has it fallen this year, most miners can’t even make a profit at current prices.

Will we really see triple-digit silver? Is the gold price realistically going to triple or quadruple or more?

In our view these are not far-fetched levels. How can I possibly say that?

There are many reasons we believe gold and silver will move substantially higher. Exactly how high is impossible to determine ahead of time, but if you watch episode 7 of Hidden Secrets of Money you’ll get a good idea of what Mike thinks it’s ahead and what it could mean for precious metals.

We can learn a lot by studying history. And when it comes to investments, there’s one lesson that becomes very clear…

They happen all the time. They’re predictably frequent.

I put together a chart of some of the more well-known asset bubbles over the past 50 years. This list is not comprehensive, and excludes Bitcoin, but check out just how many bull markets investors have seen over the past five decades… 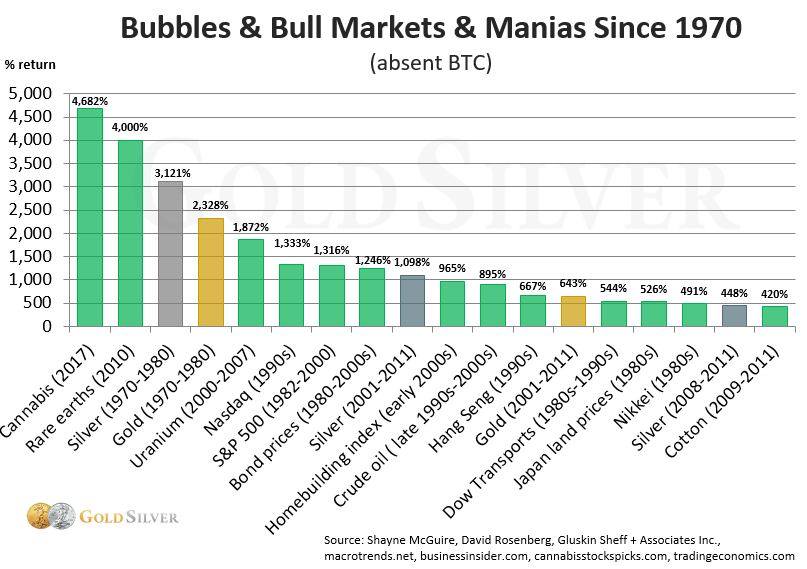 Not only have there been many investment bubbles over the past 50 years, gold occupies two of those spots and silver occupies three of them.

To state the obvious, there is strong historical precedence for financial assets to grow into bubbles.

Gold and silver exploding into a mania would thus be completely unsurprising. If history was a person, it would yawn at this idea.

Of course there have been many bubbles prior to this, too. Here’s a few of the biggies, along with what happened after they burst…

South Sea Bubble, UK, 1711. Stocks in the South Sea Company traded for 1,000 British pounds at their peak. After they crashed, they were worth ZERO.

Florida Real Estate Craze, 1926. Land in Florida priced at $800,000 could one year later be sold for $4 million. Property prices quadrupled in less than a year. After the crash, all gains were erased, and real estate sold for what it did before the craze.

Tulip Mania, Holland, 1634-1637. At the peak of the tulip mania, a single tulip could be exchanged for an entire estate. After the crash, however, the price of one tulip was the same as an onion!

Bitcoin, 2010-2017. The meteoric rise of Bitcoin is one for the record books. A dollar invested on “pizza day” turned into roughly $6.6 million by the time it topped in December 2017. As I write, Bitcoin trades at less than half its peak value.

History buffs will know of more investment bubbles, but there’s no denying that many investments have regularly sparked into manias. And that gold and silver have bubbled off the charts before.

The bottom line is that this historical data shows Mike’s projections could easily be right for gold and silver.

How do we know investors will turn to gold & silver in the upcoming monetary crisis? 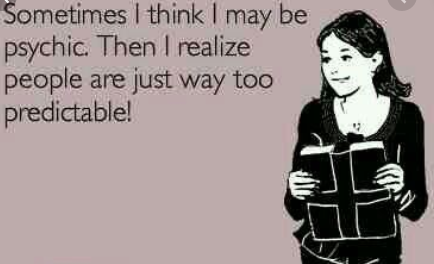 We can debate if greed is at the core of it, or if bubbles are the result of government-caused distortions, but the consistent reality is that investor behavior is predictable. As the events described in episode 7 of Hidden Secrets of Money begin to play out, they will pour into precious metals just like they have many other investments, and prove once again that “there’s no rush like a gold rush.”

We hope that, along with us, you’re prepared to participate.