Clive Maund: Fed’s “Normalized” Rates Are Not What You Think

Think of “normalized” fed funds rates and you probably, reflexively, think of around 5%. All else being equal, earning 5% on your savings seems like a “normal times” environment.

Our current economic debt-stravaganza can’t withstand 5% rates. So much existing debt is dependent upon new ZIRP just to stay current on interest payments. The Fed is stuck; raising rates will crush the economy, and not raising rates abets the continued inflation of the dangerous Everything Bubble.

What they mean is raising them by 1 or 2 percent maximum, what the markets think they mean is a return to normal times when they would have risen by say 5%.

Given the current horrendous debt structure, not only is a return to a 5% or so rise out of the question, so is a rise of a much more modest 2%. 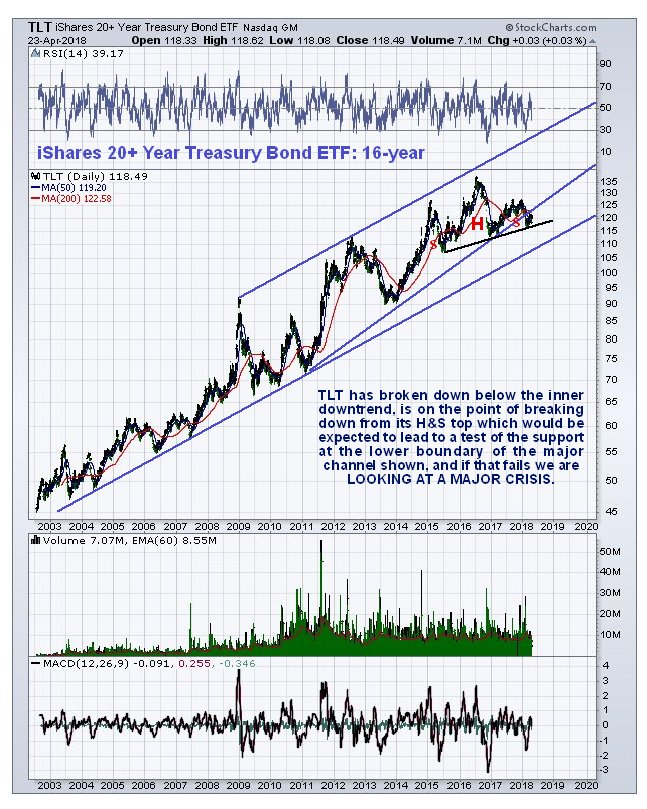 But talk is cheap, and the reason for all these grandiose enunciations about a program of rate hikes has been to provide cover to enable the further massive increases in debt that we have seen over the past year or so, without crashing the dollar or Treasury market, and to give the Fed an opportunity to start offloading its toxic burden of Treasuries that it accumulated because there was a shortfall of buyers of this garbage.

Another factor weighing on Treasuries is that China at last seems to have seen the light and stopped buying them – after all it’s hard to imagine anything more dumb than buying the paper of a country that plans to overpower you militarily.

What we are about to see now though is the market call the Fed’s bluff. Treasuries are selling off to the extent that they are about to break down into a bear market, and yields are rising ominously.

In addition there is a dangerous narrowing of yields between the short and the long end which has reached the point where long-dated Treasuries will soon be dumped as there is no incentive to hold them. Needless to say, should this occur, it will cause rates to spike and crash the stock market.