Barring major new and unforeseen discoveries, we are heading into a long-term gold supply shortage.

The demand for gold is increasing, yet new discoveries of the precious metal have not kept pace with the demand. Funds for exploration are historically high, $54.3 billion, up 60 percent over the past 18 years.

The increased spending, however, has not produced the equivalent in new gold discoveries. During the past decade, 41 discoveries have resulted in a mere 215.5 million ounces of the precious metal. 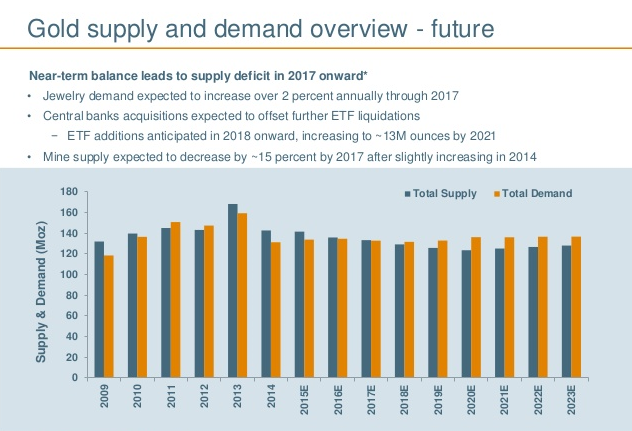 Even counting recently discovered but unexplored mines, which may hold as-yet major discoveries, the total available amount of gold in these discoveries are not expected to surpass 363 million ounces over the next ten years.

Only 16 discoveries were reported from 2000 to 2002, which produced 108.3 ounces of gold. That amount was below the average finds of the 1990s. This decline has continued, with both new discoveries and the amount of gold mined decreasing steadily. By 2010, only 18.6 million ounces of gold was discovered, a severe drop from the 61.5 ounces found in 2009.

Old sectors are being depleted, while active exploration for new discoveries has been slow. The amount of available gold has not met expectations and remains far below the 2009 high.

ORIGINAL SOURCE: Is the Supply of Gold Depleting? by Lawrence Thomas at The Gold Telegraph on 5/6/18

Here’s Why Inflation Could Create a ‘Giant Wealth Transfer’ From Lenders to Borrower...