Why You Shouldn’t Sell Your Gold Bullion – GoldSilver

Do Not Sell Your Gold or Gold Jewelry Now. Learn Why!

Chances are high you have seen more and more “We Buy Gold” ads on TV, the internet and even in your neighborhood. They might be as simple as the sign below: 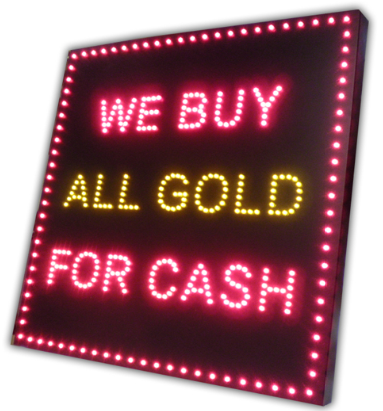 For those wondering whether now is a good time to sell gold jewelry or cash out your gold bars, these ads might have you thinking that the answer is yes. After all, demand is clearly high for this precious metal. And if you buy gold at the right time and then sell it after an increase in price, you can reap a tidy profit.

But at the same time, you have to ask yourself: why are there now more gold buyers than ever? What do gold refiners and bullion buyers know that the public has yet to realize?

At GoldSilver, we believe in and invest in physical gold bullion because:

By all means, laugh, but don't be fooled into selling away your gold!

Since 2005, we have been educating the world about physical gold and silver ownership. Our company's founder and CEO penned the #1 book on the subject of gold and silver investing. Mike Maloney's book is currently available in over 8 languages worldwide: How can an investor make an educated guess on how high the price of gold could go? In 1971, Richard Nixon officially ended the Bretton Woods System (the final ties of the U.S. dollar to gold). From that point onwards, the United States would no longer redeem our paper dollar currency for gold but would instead back the dollar with the full faith of the United States and its economy.

At this point in time, every economy in the world allowed a huge monetary mistake to happen. The world henceforth moved to a full fiat currency system, meaning the paper notes in our pockets have no real, tangible value other than the value of the paper they are printed upon. History proves that not one fiat currency has ever survived; their average lifespan runs 40 years. Today's dollar, euro, pound, peso or yen are no exception to this historic rule.

Look at the graph below. The green line is the U.S. monetary base, or all the U.S. dollars both physical and digital currently in circulation.

As the graph shows, just prior to 1971, the monetary base started to pull away from the price of gold as more currency was borrowed into existence with no more gold to back it up.

We believe this same mechanism is in process again — but now look at the scale of this natural, cyclic revaluation in our modern, global economy: So, What Does This Mean?

The graph demonstrates that the current value of the United States gold reserves versus the dollar's monetary base and revolving credit are nowhere near each other yet.

In order for this natural correction to again occur as it has in the past, the current value of the United States' gold reserves must rise to match the monetary base and revolving outstanding credit as it did in 1980 and in 1934.

We are a long way from that point today, and that is why we believe that years from now, gold at $1,600 an ounce will seem cheap. 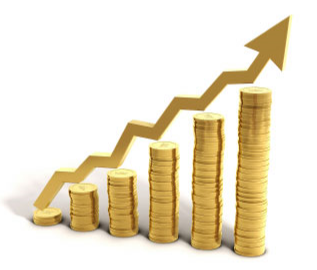 Given the current global economic situation, we believe there are three possible outcomes:

Which of Those Three Scenarios Is Most Likely?

The Federal Reserve has been drastically expanding the dollar supply with quantitative easing programs, or what is called QE, QE 1, QE 2, QE 3, etc. The Federal Reserve's QE "printing press" program makes it extremely likely that the price, and more importantly the value of gold, will only continue to rise over the long haul.

How should the WORLD react in this time of quantitative easing (QE1, QE2, QE3, etc.) or rampant monetary expansionism? Investors really only have 1 of 2 options:

Gold Is Money — and You Should Hold Onto It

What we’re saying is that that question of “Is it a good time to sell gold?” goes far beyond what the current market price is and what your plans for the proceeds are. This isn’t about being able to make a down payment on a new house or taking a dream vacation. Owning gold is simply one of the most solid investments you can own and is a protection against any monetary upheaval. It’s tempting to capitalize on the current bull market and offload your current precious metal supply at a handsome “profit” — and that’s what the pawn shops with the “We Buy Gold” signs are counting on. But understanding the monetary situation is understanding you will come to regret not having this supply later. We pity the fools who sell their gold today! As investors, we believe we are on the cusp of witnessing the Greatest Wealth Transfer of all time thanks to the Federal Reserve and its actions.

Though we may not be able to change the system or the course we are currently on, we can prepare for its inevitable end with physical silver and gold bullion helping us transfer our wealth into a new brighter day. We would like to help you do the same.

We urge you to hold on to your gold. Please join us to learn more.

Market Instability Replaces Inflation As the Biggest Risk, Raising Chances of a Fed...

The Powell Backlash Is Growing: Jay Powell Takes On the World

$32Trillion in Wordwide Stock Market Value Has Been Destroyed Since Nov. 2021
More News