Warren Buffett once said that the only time he really wanted to see a stock increase to fair value was when he wanted to sell it. So long as it stayed cheap or got cheaper, he could continue to add to a compelling opportunity.

Undervaluation, prolonged price doldrums, out-and-out boredom…these are not the go-go fun times of investing. And gold has seen its share of these times over the past four years.

But is it precisely during these time that you are afforded the ability to stock up on the cheap, so when gold’s next big leg up arrives, you are prepared. Eventually, you want everyone to pile into the trade you’re in…but only after you’ve bought your fill while it was well out of favor.

He’s known as the ‘Bond King’ – and when someone hailed as a bond king turns bullish on gold, that’s a serious sign. . . 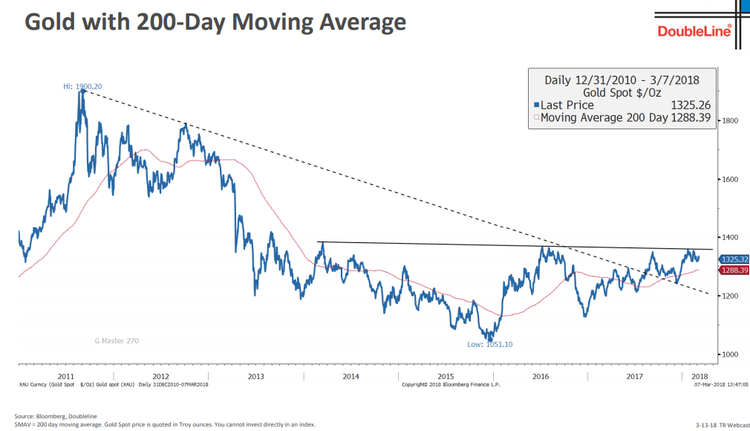 Just like I’ve talked about previously, the big upside for gold is the U.S. Dollar weakening. And that’s exactly what Jeff Gundlach believes will send gold up by “like, a $1000.”

The U.S. Dollar has a lot of negative asymmetry (big downside risk – little reward) in the foreseeable future.

“When you get a lousy year in the dollar, like last year, it’s very typically followed up by another year that’s bad just after,” Gundlach said. 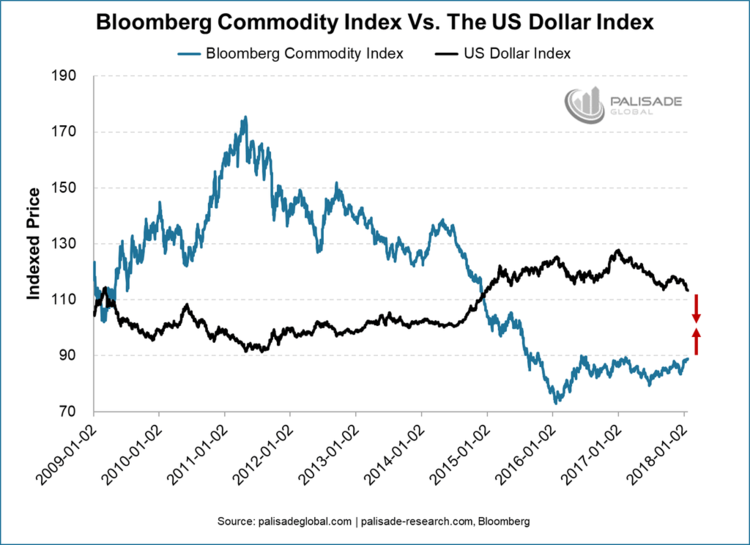 Another big name that’s finally agreeing with this outcome is Goldman Sachs.

According to them, the case for owning commodities has “rarely” been stronger.