World demand for gold is strong, and investors are well-advised to apply the same logic to the gold investment market as to any other.

If underlying metrics remain strong but pricing weakens over the short term – and make no mistake, physical demand is rising, global supply is falling, and geopolitical tensions as unpredictable as ever; such short-term price inefficiencies are the stuff that long-term buying opportunities are made of.

It looks to be another boom year for gold. Investors are anticipating a continued demand for the precious metal for the fifth year in a row, driven by geopolitical uncertainties and less-than-strong predictions for the U.S. economy and the U.S. dollar in 2019.

The rest of 2018 looks positive for Indian gold demand. A good monsoon season is predicted, which means healthy revenues for the farmers that make up one-third of India’s gold buyers for the upcoming wedding season. During drought years, such as 2014 and 2015, India’s gold consumption historically experiences a decline in gold demand, so this year’s weather forecast is new news. 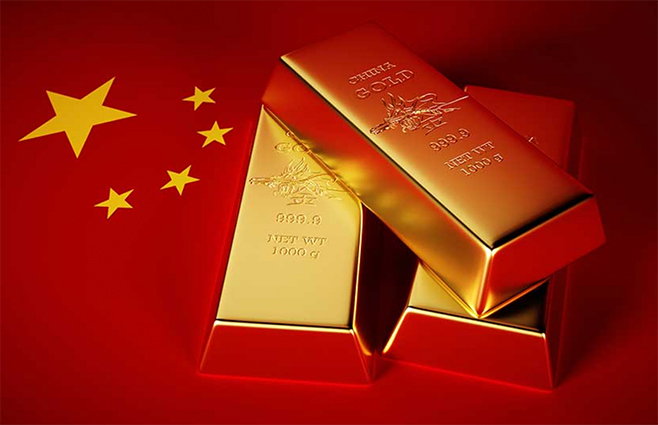 China, the world’s major importer of gold, has been actively accumulating gold and is expected to continue doing so in the near future. During the first quarter of 2018, demand for gold jewelry totaled 187.7 tons, up 7 percent.

Chinese jewelry sellers are working to attract a prosperous, more sophisticated, younger generation of customers by expanding and diversifying its selection. Following a slow retail year for jewelry in 2017, China is looking forward to strong sales in 2018. Withdrawals at the Shanghai Gold Exchange have been above average at 170 tons monthly. April’s demand for gold was up 28 percent from 2017.

With political tensions between the U.S. and China escalating, Chinese investors are turning to gold bullion as an economic hedge. First quarter 2018 saw the demand for gold at 78 tons.

ORIGINAL SOURCE: China Gold Demand Off To Hot Start at The Gold Telegraph on 5/12/18

Can the Fed Really Fine-Tune the Economy? Its Credibility Is at Stake: Barron's

Good Economic News Is Becoming a Double-Edged Sword for Markets

A Glossary of the Federal Reserve's Full Arsenal of 'Bazookas'