The gold market has ignited, with the price now at fresh highs for the year. 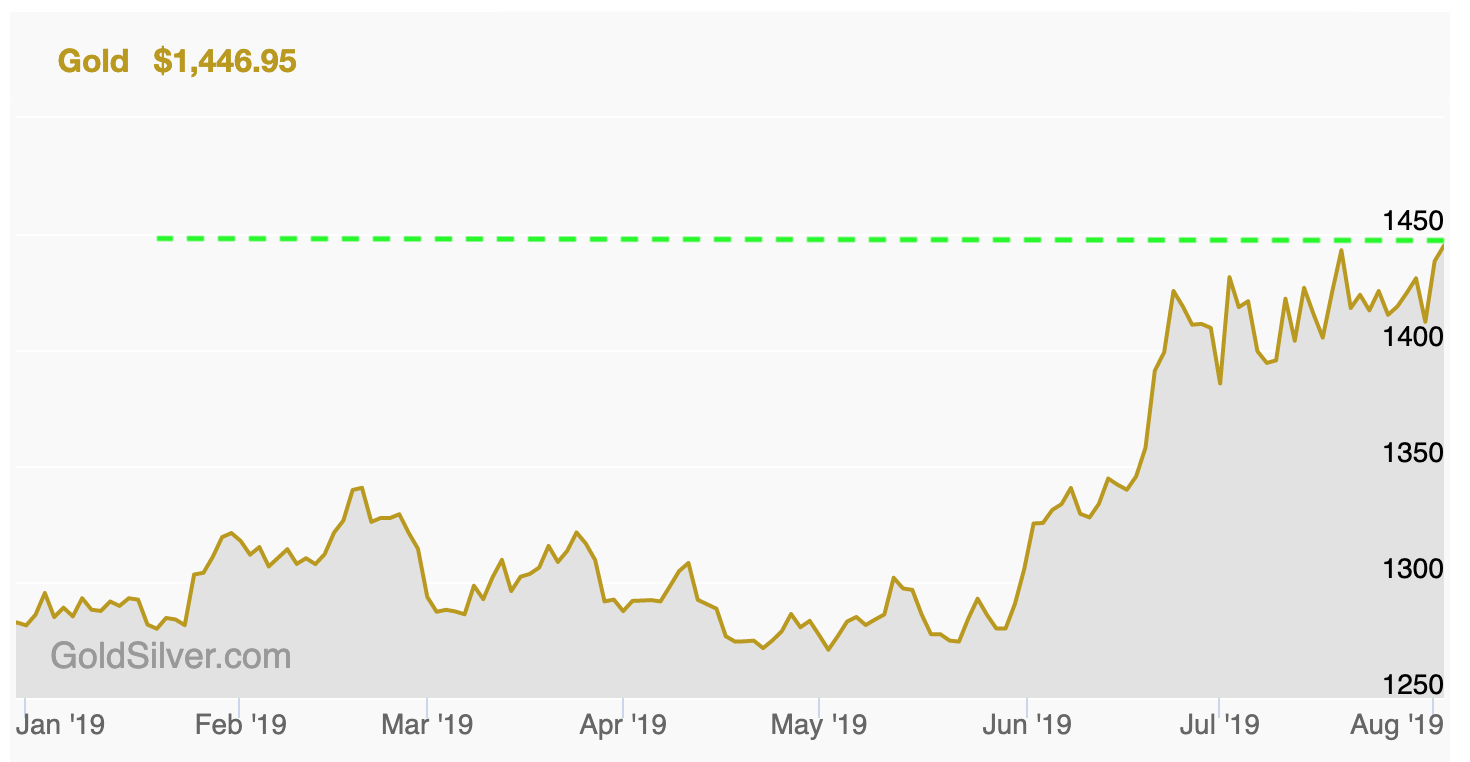 The reasons for the spark aren’t difficult to identify.

Gold’s gain in June was its biggest one-month advance since February 2016.

There are clear messages here: the reasons to own gold at this point in history are numerous, and growing. The second message is that gold is doing what it’s supposed to: protect against uncertainty, conflict, and market turmoil.

Are you sure you have enough ounces for the road ahead? Because the reasons outlined above could be the beginning of an extended period of volatility and risk. The return to healthy markets, honest economies, a stable currency, and healthy geopolitics will indeed be measured in years, not days or weeks. The gold you own through this tumultuous period will offer you and your loved ones a financial shield you simply can’t find anywhere else.

If you don’t own enough physical gold, we encourage you to add to your account. Mike and I and everyone else here at GoldSilver are as convinced as ever it will likely pay off bigtime.