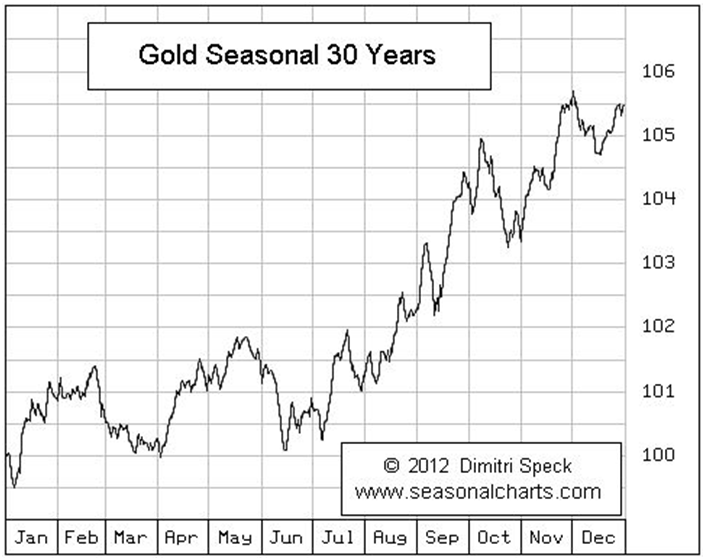 The yellow metal remained steady as China’s PMI grew to 50.2 from 49.8. This was the first increase seen in three months and a reading greater than 50 signals expansion.

Gold broke above recent resistance at $1,720/oz yesterday ahead of the key nonfarm payrolls report tomorrow and the US Presidential election next week.

Stock markets internationally struggled in October. The Dow finished the month with a 2.5% loss, with the S&P 500 off 2% and the NASDAQ down 4.5%. Tech darling stock Apple fell 10% in the month.

While October is one of the weakest months for gold, November on the other hand is the strongest month.

The data shows (see ‘Gold Seasonality Table’ and ‘Gold Seasonal 30 Years Chart’) how gold’s strongest month for returns in the last 5, 10 years and 30 years is November – and by a significant degree. 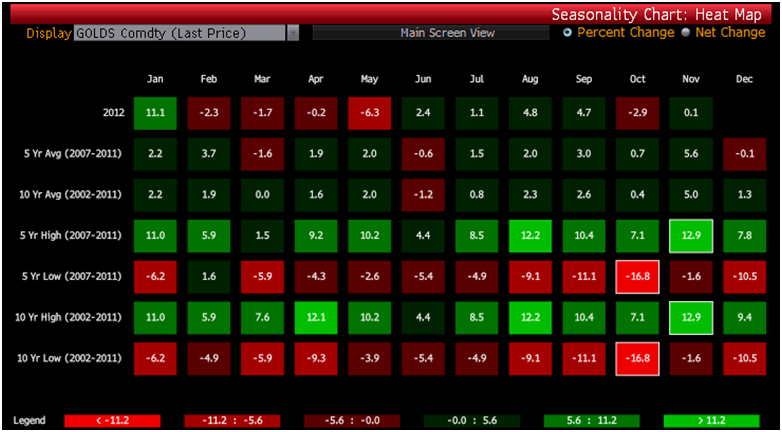 Gold’s outperformance in November is significant. The 10 year average data shows that September was the next strongest month with a 2.6% average return. Then came August at 2.3% and January at 2.2%.

The 5 year average data shows that February was the next strongest month with a 3.7% average return.  Then came September at 3% and January at 2.2% (see chart above). 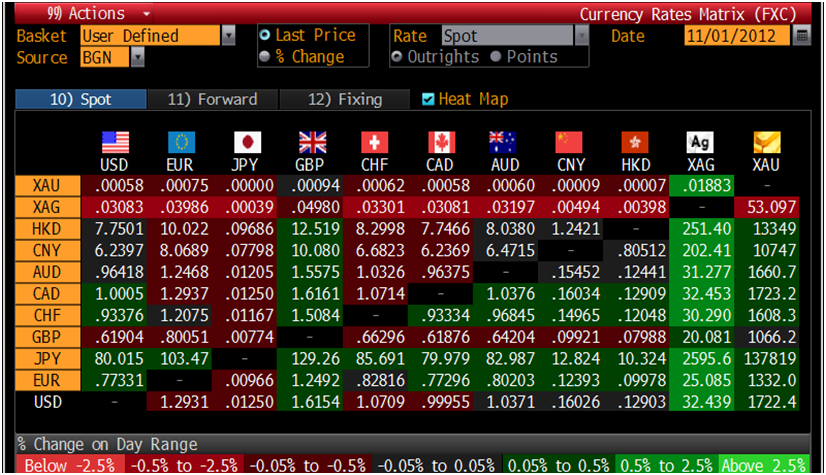 History never repeats but it often rhymes and we expect gold to again outperform in November.

The data was updated for the first time since Oct. 26 because the stock market was closed for two days for Hurricane Sandy and there was no information on holdings.

Is Silver The New Gold? – The Perth Mint