Gold: The Ideal Counter-Investment to The Everything Bubble

Gold is cheap relative to risk assets across the board.

Here is an illustration of just how cheap it is relative to house prices in England. The central-bank inflated asset bubble spans the globe. Fortunately, so does gold, offering an inversely correlated investment with a historical track record of impressive returns while almost everything else is in freefall. 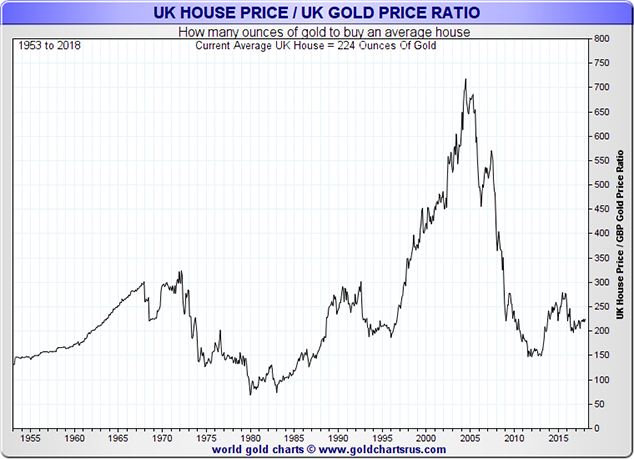 Money has three functions: to be a medium of exchange, a store of value, and a unit of account.

Sterling functions well as a medium of exchange within the confines of our national borders (though it is less effective overseas).

As a store of value, it’s been awful. Every year it loses purchasing power, and the interest that is paid does not compensate the loss. Real inflation is much higher than the Bank of England’s traditional measures – RPI and latterly CPI – show.

ORIGINAL SOURCE: Gold looks a better bet than UK property – here’s why by Dominic Frisby at Money Week on 5/23/18