US stocks turned higher after their open and into the late morning hours (S&P +19 t o2888), with strength in the Energy, Financials, Materials, and Consumer Discretionary sectors leading the advance.  The move was aided by a rally in oil (WTI to $56.69) from a much larger than expected draw in US Oil Inventories (-10M bbl vs. exp. -2.1Mbbl).  The US 10-year bond yield bounced to 1.476%, and the DX extended its gain to 98.24.  Gold continued to come off, but found support at prior resistance at $1535.  However, as we’ve seen time and again, bargain hunting buying emerged to lift the market back to $1537-38.

Some bulls were disappointed that gold failed to challenge its 6-year high at $1549 today given the drop in global bond yields.  However, other bulls are comfortable with today’s consolidation given the strength in stocks and move up in the US dollar.  Bulls remain pleased with the strength and consistency of bargain hunting buying on price declines, as seen off of the $1532 level last night and $1535 during the day – which has resulted in 4 consecutive higher lows in the last 4 sessions.  The bulls remain ecstatic with gold’s sharp advance that has extended to $274 (21.5%) from the $1275 low on May 30 to the $1549 6-year high yesterday that has brought in momentum following players.  Bulls were comfortable with Powell’s mildly dovish remarks on Friday at Jackson Hole and with the tough rhetoric on tariffs from the Chinese yesterday.  They feel that this will further escalate the ongoing trade war, further uncertainty, and increase the probability of a more severe global economic slowdown – which only increases chances the Fed (and other central banks) will need to cut again and more aggressively, fueling further gains in gold.  Fed Fund Futures now have a 0% probability of a hold at the September meeting, and a 99.6% chance of at least a 25bp cut, and a 0.4% chance of a 50bp cut.  The market is showing a high 62.1% chance of two hikes by the October meeting, and a 36.8% chance of a 3rd hike at the December meeting.  Bulls also see current geopolitical tensions – especially the situations between Hong Kong and Mainland China, Brexit, Israel, Syria, and Iran and North Korea - as additional tailwinds for gold.  Bulls will look for the market to extend its rally, and expect a test of initial resistance at today’s $1547 high followed by $1549 (8/26 high).  Beyond $1549, bullish technicians see no significant chart resistance until $1591, the high from 4/7/13.

Bears were concerned with gold’s inability to soften – despite significant gains in the DX and stocks.  Bears see gold as an overbought market that has risen $274 (21.5%) from the $1275 low on 5/30 (14-day RSI at 69.4) and expect a significant correction to ensue.  Bears feel that markets are a bit over their skis on rate cut predictions, feel that the downward pressure on bond yields is also overdone, and that a modest reversal should allow the US dollar to strengthen further against other currencies as they feel the dollar still remains the “cleanest dirty shirt in the laundry basket” with the US as the sole global growth engine. Recent soft data for both Germany (weak German Import Prices today) and the Eurozone that drove the German 10-year yield further into negative territory over the past months (German bund yield reached another record low yield at -0.728%) underscores this view.  Bears feel a US-China trade deal is in both sides’ best interests, and feel that any resumption of talks will be viewed as positive steps by markets, which should help equities to rebound, and will put downward pressure on the yellow metal.  Bears look for a significant pullback from gold’s torrid rise, and expect considerable long liquidation selling (large specs with a very heavy net long position – Net Fund Long Position 300k contracts, highest in 3 years, long gold now a crowded trade) to materialize if support at the following levels can be breached: $1500, $1493-94 (5 bottoms, 8/14, 8/19, 8/20, 8/22, and 8/23 lows), $1472 (8/7 low), $1457 (8/6 low),  $1450 (options), $1440 (up trendline from 5/30 $1275 low), $1438 (8/5 low), and $1430 8/2 low). 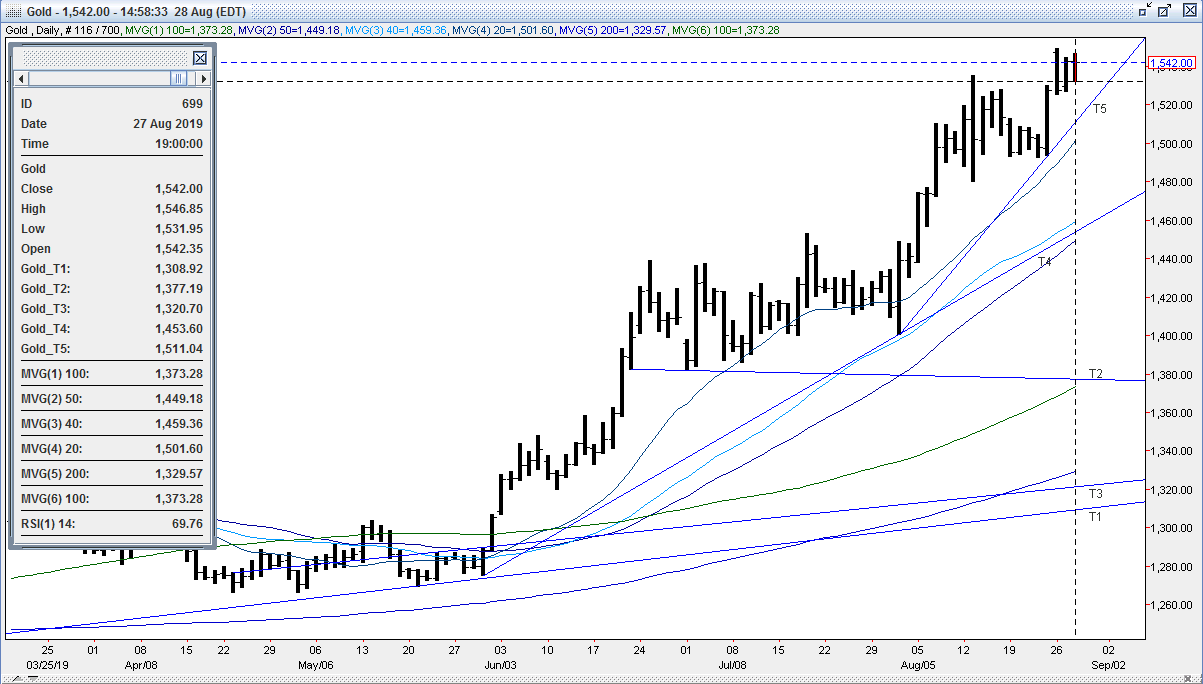 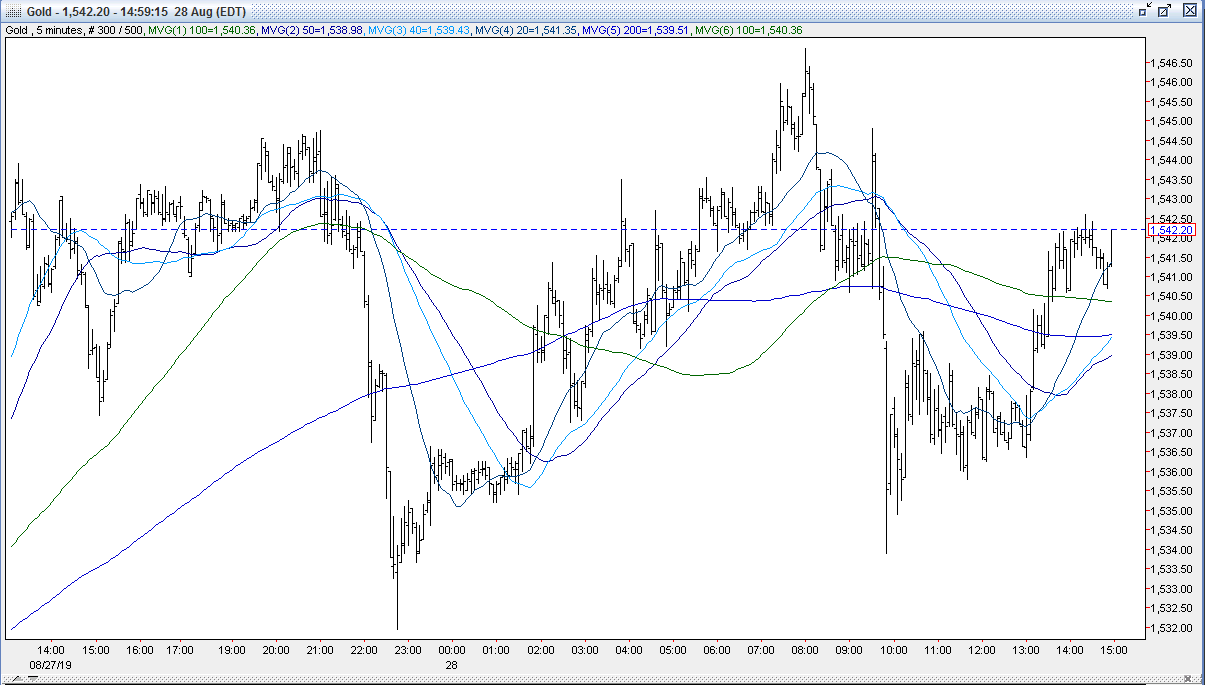 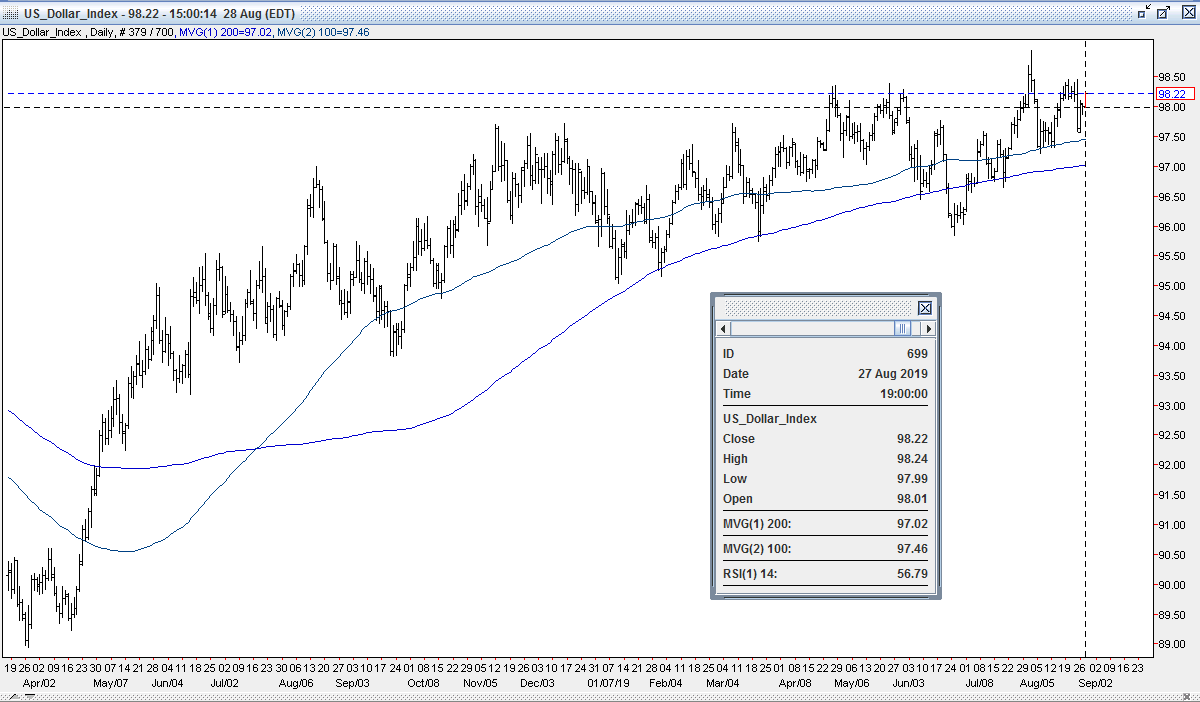 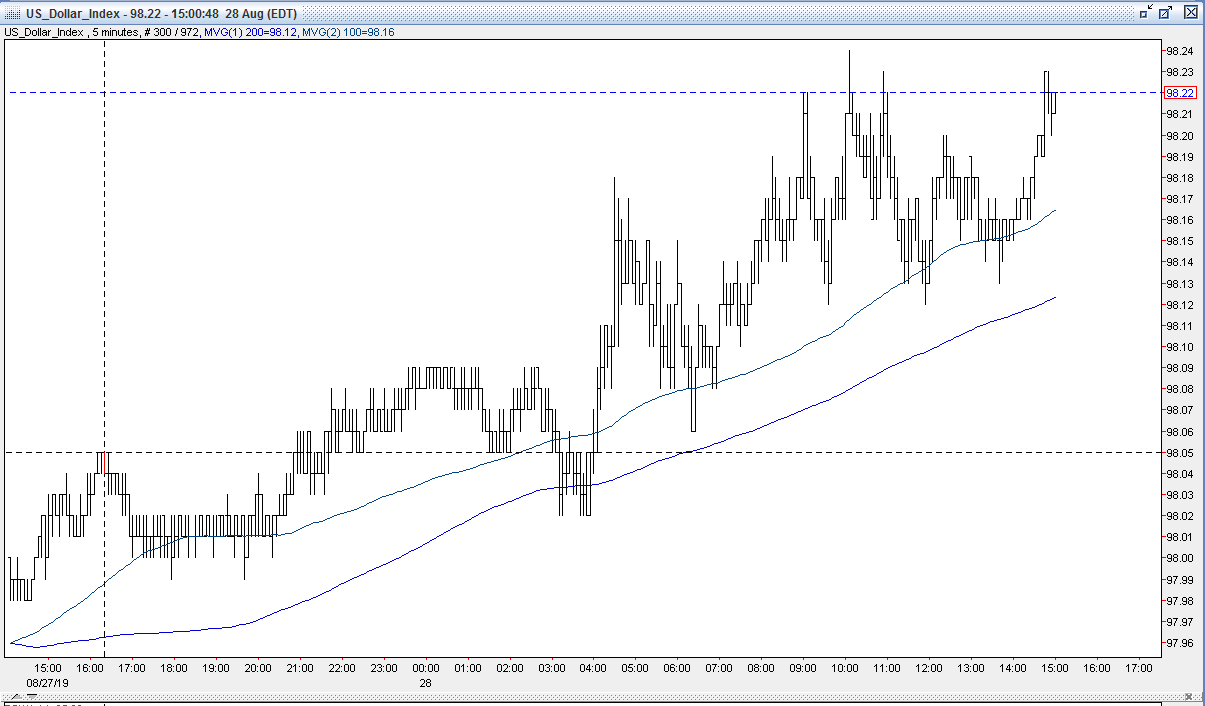 Import/Export Prices Explode Higher In March, Hottest In A Decade