A Midas Touch or What Does Gold Really Mean to Trump

A modern day Goldfinger?  What is the fixation on Gold for Donald Trump? Luxury, Wealth, Branding, Decoration? Just about everything he owns has Gold in it! From Homes to Jets and everything in between.

"The Golden Rule of Negotiating: He who has the gold makes the rules."

Here is one psychiatrist take on the Donald's obsession;

He surrounds himself with the metallic color and swapped out the White House curtains for his signature shade.

It's no secret that President Trump really, really likes gold, but what does this seeming obsession with a single decorative style say about the new commander in chief?

On his first day in office, Trump replaced the muted-red curtains President Obama had in the Oval Office with drapes in his signature shade of gold—a color that is featured heavily in both his Mar-a-Lago estate in Palm Beach, Florida, and his New York City penthouse (which has enough gold and marble to remind anyone of Versailles). His private airplane not only has gold-plated seat belt buckles and bathroom fixtures, but also a bedroom with "yards and yards of elegant gold silk adorning the walls," according to Amanda Miller of Celebrity Apprentice, who gave a tour of the plane in 2011. 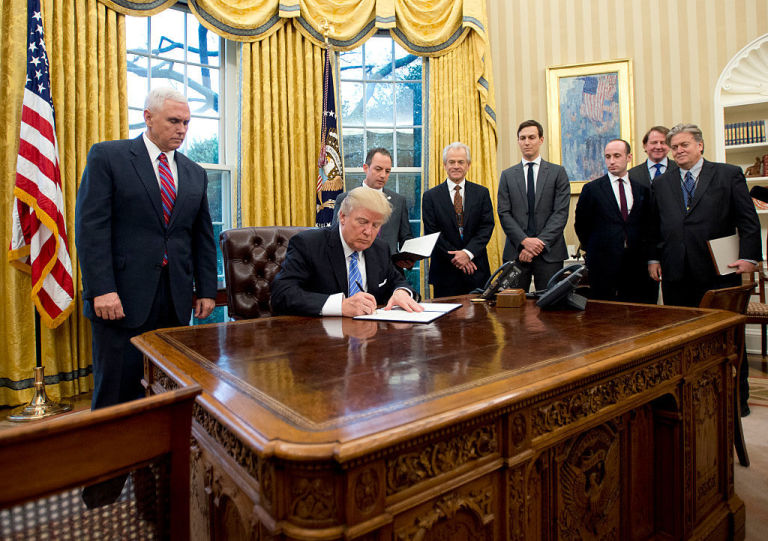 President Trump in the newly redecorated Oval Office of the White House on Monday, January 23, 2017.

Donald and Melania Trump with their son Barron at their New York City penthouse in 2010.

The color gold is also used often in the branding of Trump's businesses, especially in the public areas of Trump Tower in New York City and the gilded exterior of the Trump International Hotel Las Vegas, which is literally made with 24-karat gold-coated glass. 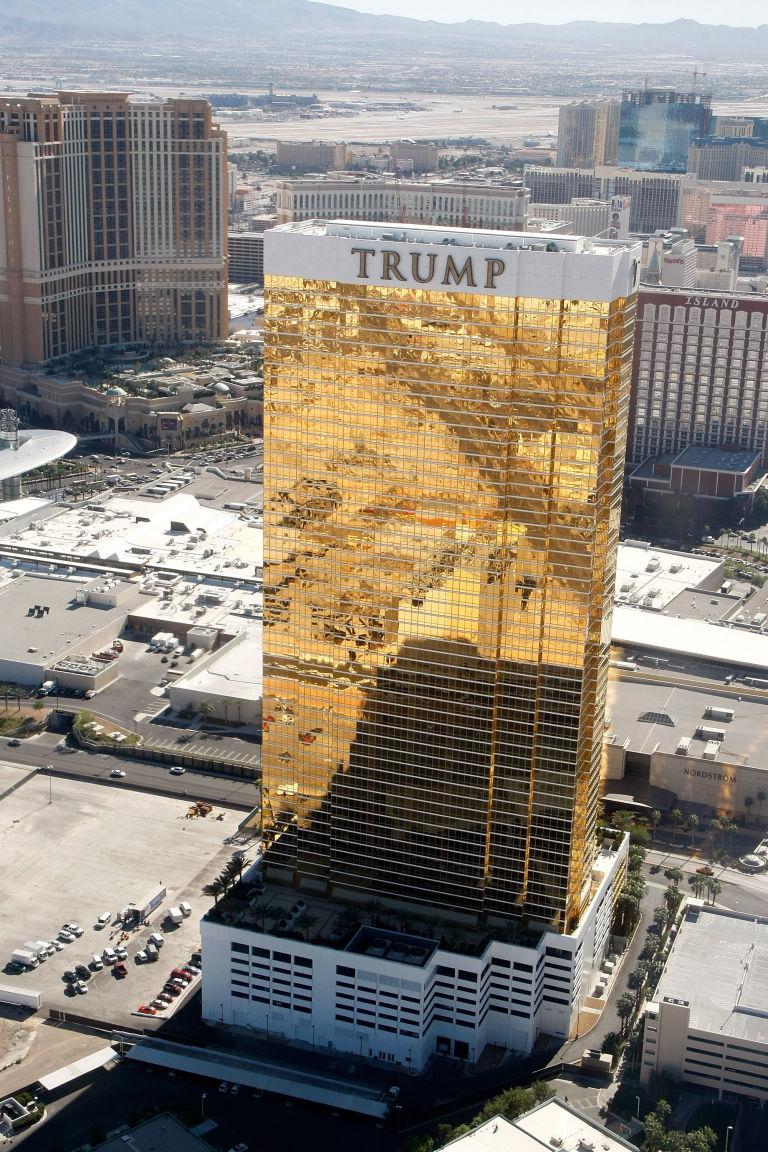 An aerial view of the Trump International Hotel Las Vegas.

Using a specific color to define your brand isn't unusual—think of Facebook's blue website or the way Coca-Cola uses red throughout their ads and products. Plus, Trump isn't the only celebrity to have a signature color. Frank Sinatra loved orange—his Palm Springs home and private planewere festooned with what he called "the happiest color." Former First Lady Nancy Reagan wore so many bright red dresses that the shade came to be known as Reagan Red.

Trump has never explicitly said why he prefers gold, although he has shared variations of this mantra on his Twitter and Facebook pages:

Jill Morton, a color psychologist and branding expert who runs the site colormatters.com, said color preference is often arbitrary or even subconscious. "There's no one color fits all reaction to gold," she told MarieClaire.com.

IN NEARLY ALL CULTURES, HOWEVER, GOLD REPRESENTS LUXURY AND WEALTH, SHE EXPLAINED. IT CAN ALSO SYMBOLIZE GREED AND EXCESS.

In nearly all cultures, however, gold represents luxury and wealth, she explained. It can also symbolize greed and excess. In Nicholas Nickleby, for instance, Charles Dickens wrote, "For gold conjures up a mist about a man, more destructive of all his old senses and lulling to his feelings than the fumes of charcoal." 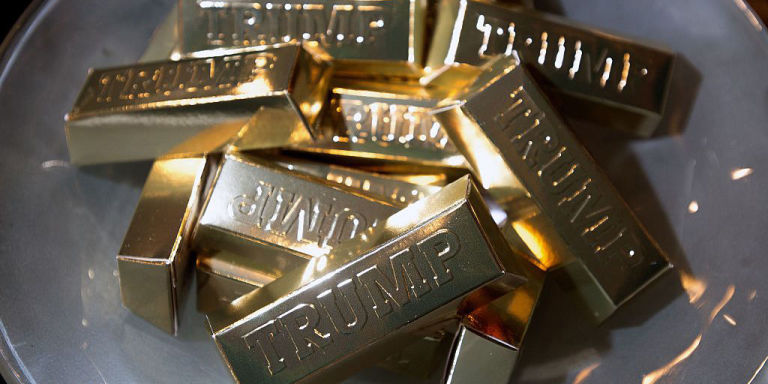